1333 The Battle of Halidon Hill 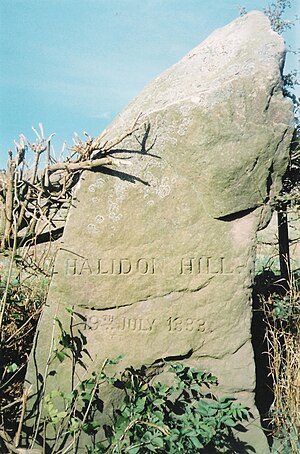 During the second Scottish war of Independence, the Scottish forces of Douglas suffered a decisive defeat at the hands of Edward III the king of England.

The Scottish forces had prepared a defence at the castle of Berwick, knowing that the English would soon cross the border. Unfortunately the English forces were able to establish a secure close siege on the castle before reinforcements could arrive. Eventually, the Douglas was forced to act directly against the English army when his attempts to draw them away from Berwick by attacking nearby English communities failed.

The two forces met on Halidon Hill on 19 July ending with a decisive English victory.

14th Century, All, Battle, England, on this day, OTD, Scotland