A new excavation site at Pompeii reveals its first victim 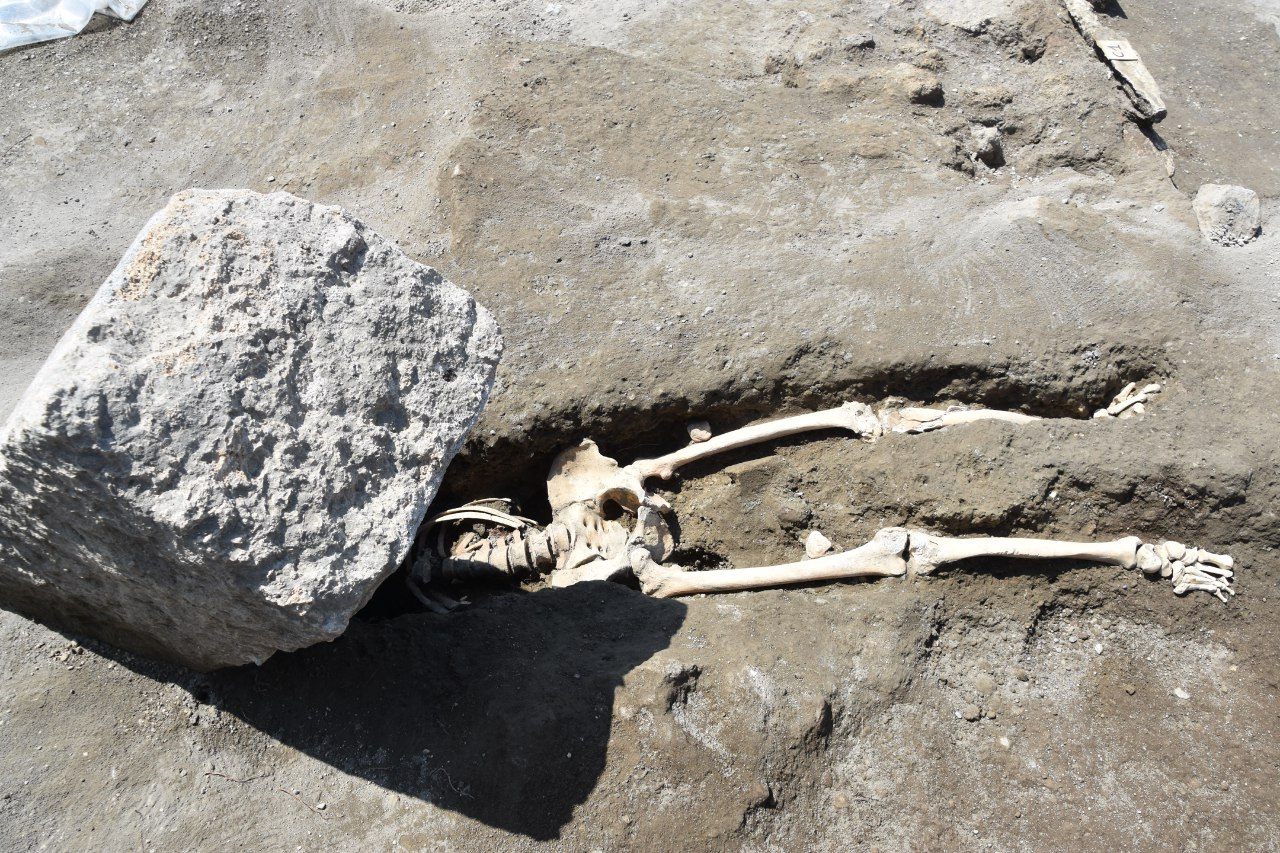 The new excavation site at Pompeii (Regio V) has revealed its first victim who was killed in a most dramatic fashion after apparently surviving the initial phases of the eruption of Vesuvius only to be crushed by a huge stone block while fleeing the doomed city.

The skeleton was discovered at the crossroads of Vicolo delle Nozze d’Argento and the recently unearthed Vicolo  dei Balconi, and appears to be that of an adult male over the age of 30.

The upper part of his thorax and head appear to have been crushed by a flying stone block that may originally have been part of a door jamb. Lesions on his tibia suggest that he suffered from a bone infection in his legs which might have made walking difficult and could explain why he didn’t manage to leave Pompeii.

The new excavations of Regio V are part of the intervention to stabilise the excavation fronts within the ancient city.