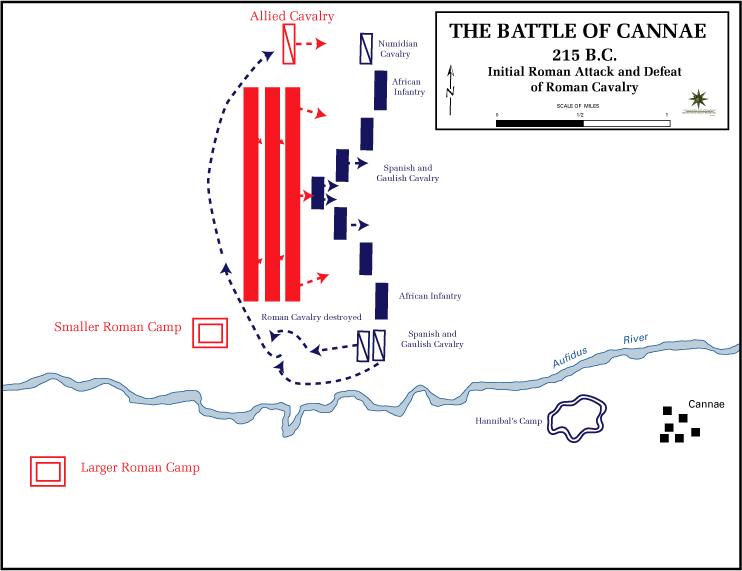 The Battle of Cannae was a major engagement that occurred during the Second Punic War fought between Hannibal and the Romans in Apulia (SE Italy).

In the lead up to this battle the Romans had already suffered two significant defeats at Trebia in 218 and Lake Trasimene in 217. The Romans assembled a huge force of almost 90,000 troops to face Hannibal’s forces which only numbered about 50,000 troops. The Roman generals Varro and Paullus massed their forces in a deeper than usual formation hoping to break the centre of Hannibal’s forces. Hannibal, seeing this, took advantage of the Roman tactics and  advanced with a weakened centre that he allowed the Romans to push back.

The Roman forces were destroyed with casulaty figures believed to have been as high as 75,000 lost and 10,000 captured, in contrast Hannibal lost less than 10,000 men.