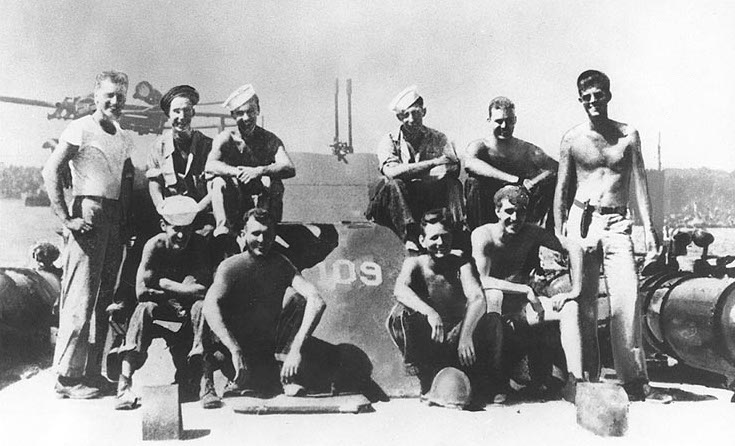 PT 109 the torpedo motor boat commanded by Lieutenant Junior Grade John F Kennedy the future president of the United States of America was rammed by the Japanese Destroyer Amagiri.

Around 2 am in the morning the 109 was idling on one engine to avoid detection by Japanese aircraft when the crew discovered that they were in the path of the Japanese vessel, and were unable to get out of the way fast enough.

Some have suggested that the destroyer changed course to ram PT 109. The boat was cut in half and the crew, some badly wounded, clung to the front half of the boat which remained afloat for about 12 hours, before sinking. The crew swam to the nearest unoccupied island, JFK dragging injured crewmen to safety for approximately 4 hours before they reached safety.

After their rescue Kennedy was awarded the Navy and Marine Corps medal and the purple heart for injuries sustained during the collision.

All, History, on this day, OTD, WWII