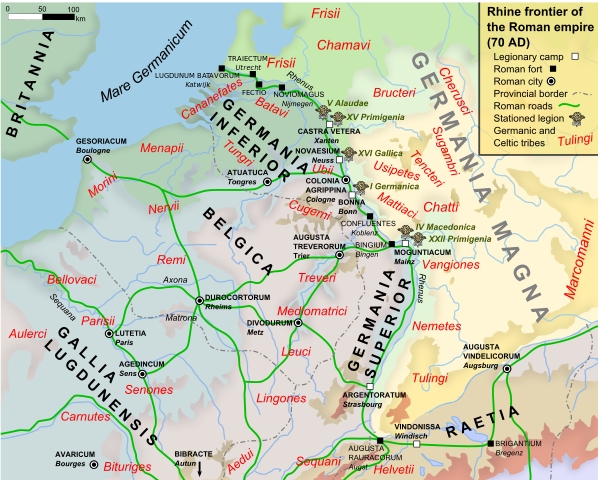 The Batavians a sub-group of the Germanic Chatti tribe who inhabited the Rhine delta area initiated a revolt against the Roman Empire.

The Batavian forces, who were quickly joined by a number of other German tribes, were led by a tribal prince who had served in the Roman Auxilia as an officer, Gaius Julius Civilis. Civilis was an experienced commander and understood the Roman way of war which helped the Batavian inflict a number of humiliating defeats on their enemies including the destruction of two Roman legions.

The Batavians were eventually defeated by the Roman general Quintus Petillius Cerialis and forced to accept less than favourable terms including the permanent stationing of a Roman legion in their territory.