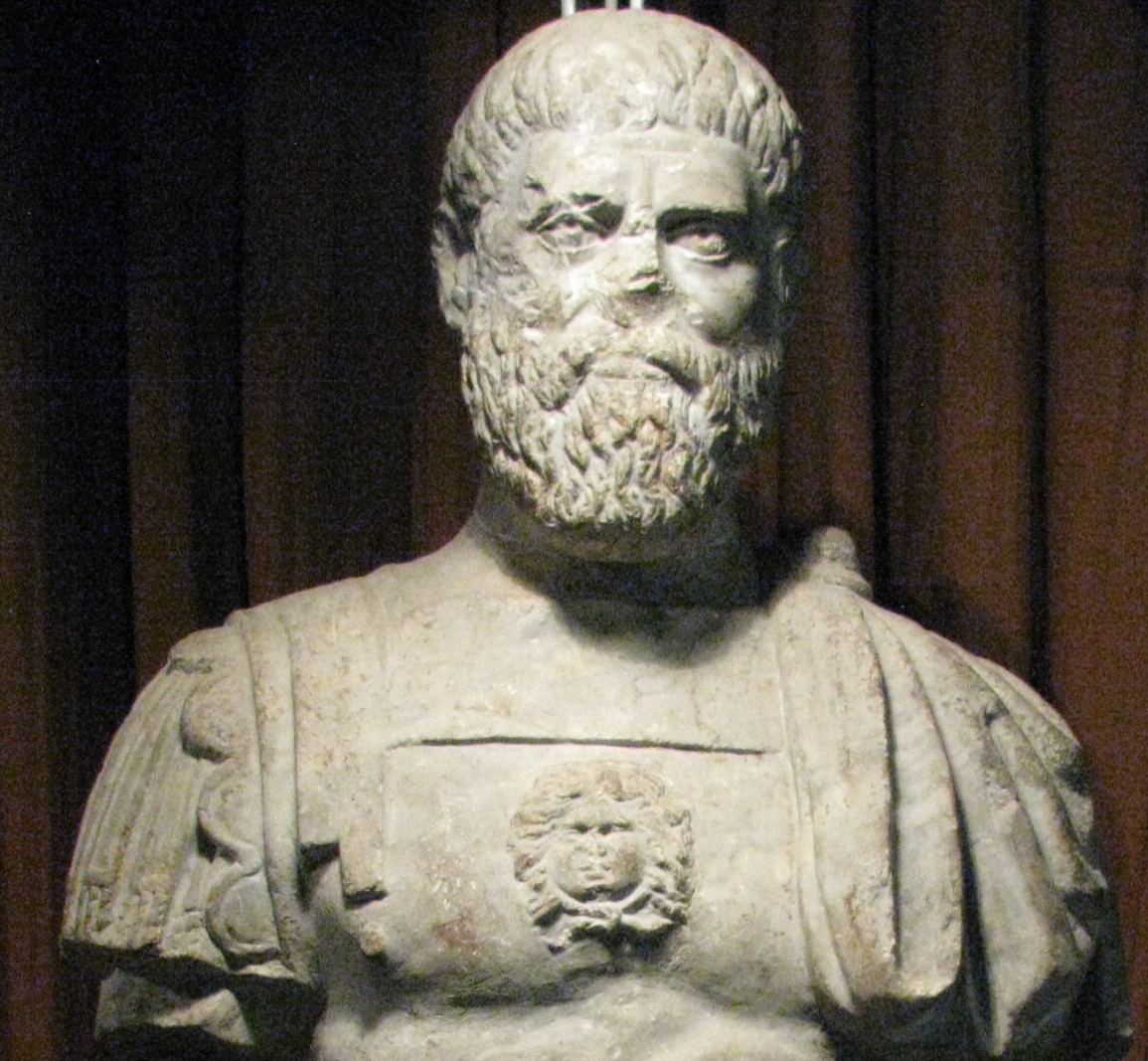 Pertinax the 19th emperor of the Roman Empire was born. Pertinax was the son of a freed slave yet managed to rise to the highest available position in the Empire, albeit for a very short time.

Following the death of his predecessor, Commodus, on the 31st of December AD 192 Pertinax was acclaimed emperor. He tried to institute a number of important reforms, including an attempt to restore the discipline of the Praetorian Guard, which made him very unpopular.

Pertinax remained emperor for only the first three months of AD 193 before he was murdered in his palace by the Praetorian Guard.