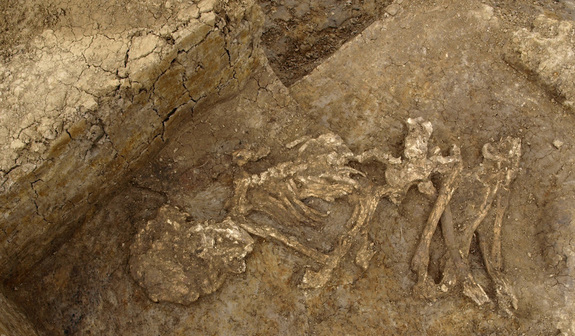 Archaeologists at the University of Sheffield working with colleagues from the University of Manchester and University College London have discovered that some ancient Briton burials are consistent with a prehistoric mummy from northern Yemen.

The British climate is not conducive to the maintenance of organic materials suggesting that the prehistoric mummies in Briton will have lost their preserved tissue except  in exceptional circumstances. However, new methods using microscopic bone analysis allow archaeologists to determine whether a skeleton has been previously mummified.

“Our research shows that smoking over a fire and purposeful burial within a peat bog are among some of the techniques ancient Britons may have used to mummify their dead. Other techniques could have included evisceration, in which organs were removed shortly after death. The idea that British and potentially European Bronze Age communities invested resources in mummifying and curating a proportion of their dead fundamentally alters our perceptions of funerary ritual and belief in this period.” explained Dr Tom Booth

In time this research may demonstrate that mummification, which is generally believed to have been exotic and novel, may in fact have been a widespread and relatively common practice.

All, archaeology, britain, In the news