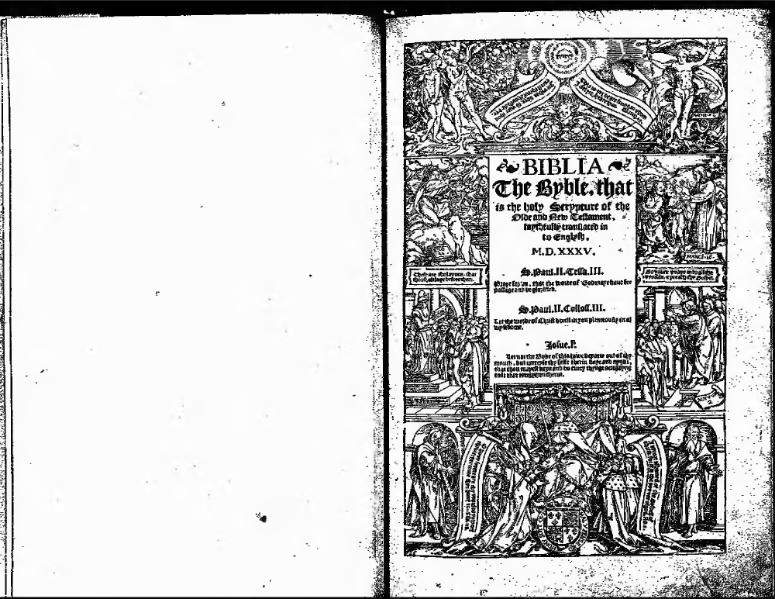 The first full modern English bible was published in 1535 and known as the Coverdale bible and is named after its compiler, Myles Coverdale. It was the first English bible to contain both the old and new testaments, whereas previous versions only had one or the other. Later editions were published in 1539, with the folio edition receiving the royal licence making it the first officially approved bible translation.