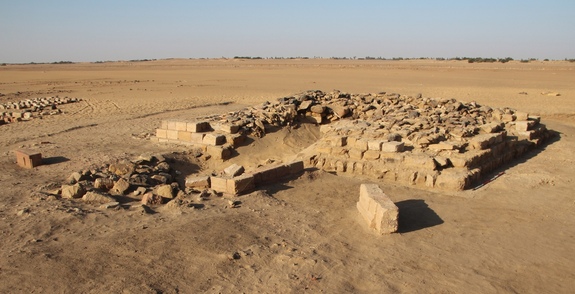 Near the ancient town of Gematon in the Sudan 16 pyramids with tombs beneath have been discovered.

The pyramids date back approximately 2,000 years to the kingdom of Kush in the Sudan. Six of the excavated pyramids were made of stone another 10 of mud brick the largest would have been about 13 metres tall. Most of the tombs had been robbed either in ancient or modern times. The only tomb with a pyramid that survived intact held 100 faience beads.