Although the Linothorax is considered purely a Greek armour by many people, in fact a number of non-Greeks are known for having used the Linothorax. The Roman emperor Vespasian was one individual we are told wore this kind of armour. 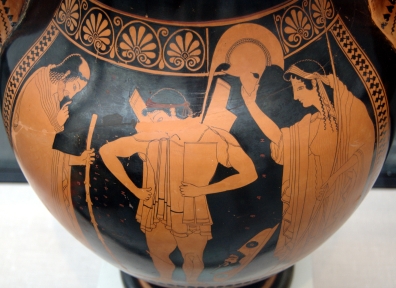 Suetonius, the Roman biographer, who wrote the Lives of the Caesars tells us that during at least one part of his reign when Vespasian thought his life was under threat by assassins he chose to wear a linothorax to protect him against the assassins’ blades.

Look out for a new addition to our feature on the evolution of body armour where I will examine the Linothorax in more detail.

All, Classical, Did you know, Roman, Rome