AD 64 The Great Fire of Rome 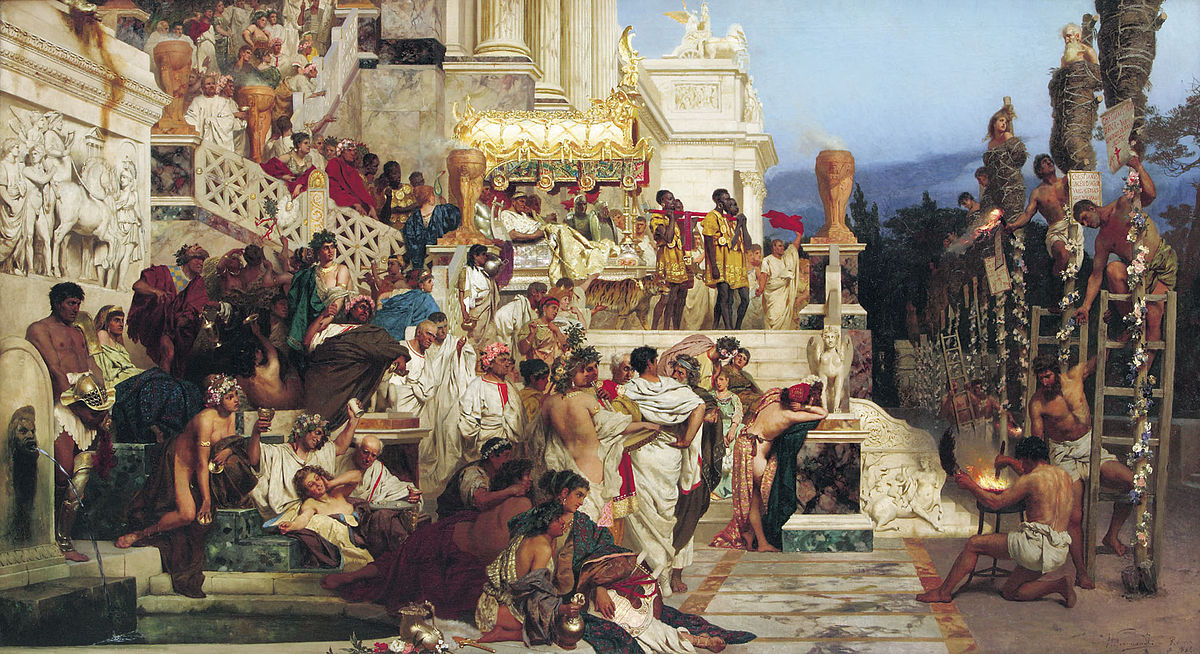 On this day a fire that engulfed Rome for the next 6 days and destroyed many buildings was ignited. Some sources blame the emperor of the time, Nero, for starting the blaze.

These sources believe that Nero was tired of Rome and wanted to re-invigorate the city but knew that there would be substantial opposition to his plans. So he is accused of sending men, pretending to be drunk, into the city and starting the blaze whilst he watched on playing the sack of Ilium his lyre.

Nero himself blamed the Christians for the conflagration, and used this as a reason to openly persecute any Christians he could.

More modern theories have suggested that although the cause of the fire cannot be determined the actions of the Roman fire-brigade which have often been called into question were not intended to fuel the flames by demolishing buildings but rather were intended to act as fire breaks to minimise the spread of the fire.