Palmyra to be restored 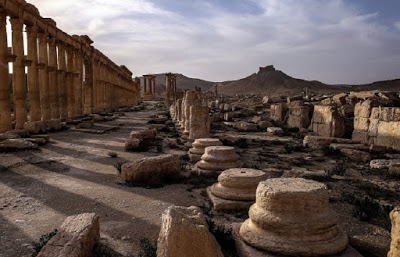 On 27 March a measure of security and stability was restored to Palmyra, with control over the archaeological city and airport taken back from Isis.

Isis in their time controlling Palmyra have inflicted deliberate acts of vandalism and destruction on the historical structures of the city as has been covered on this blog previously. In response to the new situation UNESCO has unanimously adopted a Russian drafted resolution for the restoration of Palmyra. Russia has agreed to provide security and protection for the experts that will be sent in to restore the city.

All, In the news

3 thoughts on “Palmyra to be restored”