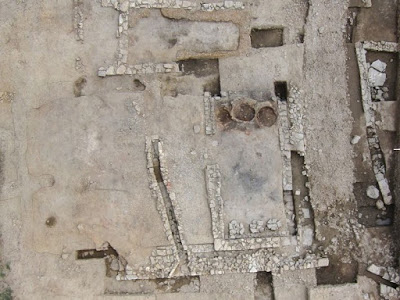 The dining complex in the ancient town of Lattara was open for business as the Romans conquered the area, bringing with them ideas that would shake up the local economy and way of life. According to the tavern’s discoverers, Lattara’s people were farmers before the Romans marched in; after the Roman takeover, new kinds of jobs likely arose – and so did dining out.

“If you’re not growing your own food, where are you going to eat?” says archaeologist Benjamin Luley of Gettysburg College, co-author of a new study in Antiquity describing the site. “The Romans, in a very practical Roman way, had a very practical solution … a tavern.”