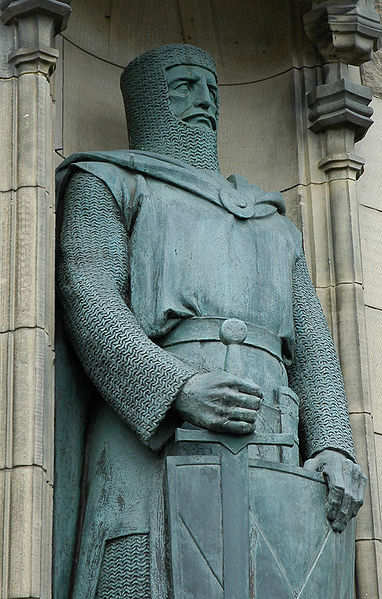 Sir William Wallace who had become an important leader throughout the Scottish Wars of Independence particularly after his defeat of the English forces at the Battle of Stirling Bridge in 1297, he was captured near Glasgow earlier in August 1305 and handed over to Edward I. The English King had Wallace executed for high treason at Smithfield, London by having him hanged, drawn and quartered.