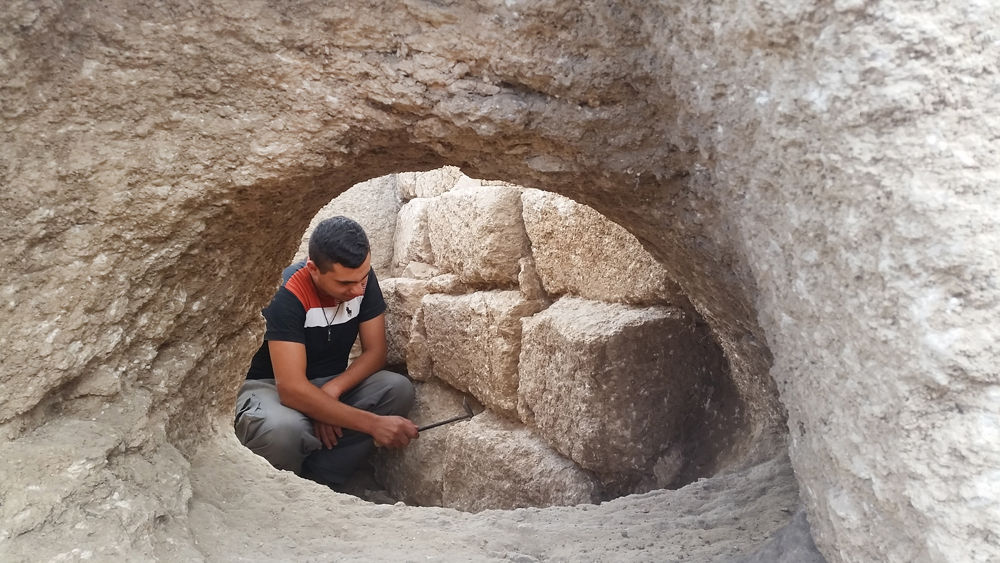 The workshop which apparently functioned as a ceramics factory was discovered in Shlomi, a town near the Lebanon border.

Storage jars, wine and oil containers would have been manufactured at the site about 1600 years ago. What makes this workshop rare however is that the kiln used to fire the pottery was hewn from bedrock, unlike most of the kilns known to us that were built of stone, earth and mud. the kiln had two chambers: one where branches and tinder would have been burned, and the other chamber where the clay vessels would have been placed to harden under the intense heat.