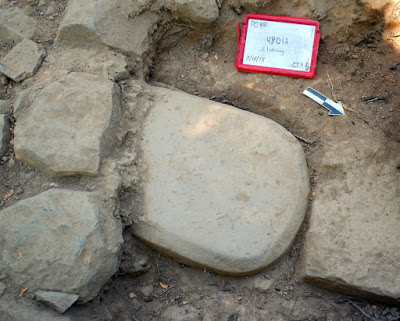 Archaeologists in Italy have discovered what may be a rare sacred text in the Etruscan language that is likely to yield rich details about Etruscan worship of a god or goddess.

The lengthy text is inscribed on a large 6th century BCE sandstone slab that was uncovered from an Etruscan temple.

The slab weighs 500 pounds and is nearly 4 feet tall and more than two feet wide. The slab was discovered embedded in the foundations of a monumental temple where it had been buried for more than 2,500 years. 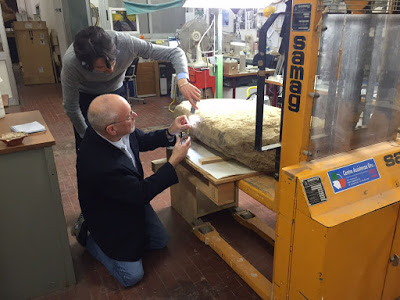 “We know how Etruscan grammar works, what’s a verb, what’s an object, some of the words,” Warden said. “But we hope this will reveal the name of the god or goddess that is worshiped at this site.” The text will be studied and published by a noted expert on the Etruscan language, Rex Wallace, Professor of Classics at the University of Massachusetts Amherst.

All, In the news