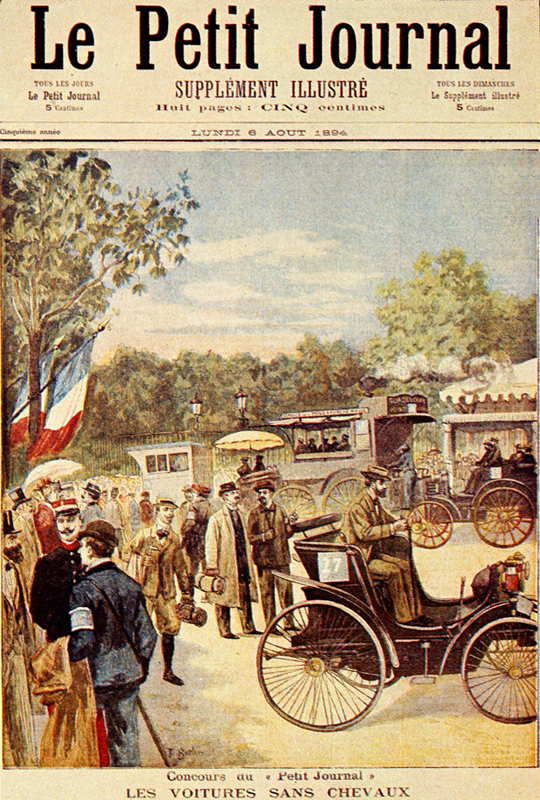 Paris–Rouen, Le Petit Journal Horseless Carriages Contest, was a pioneering city-to-city motoring competition held on this day in 1894 which is sometimes described as the world’s first competitive motor race.

The contest was organised by the newspaper Le Petit Journal and run from Paris to Rouen in France. It was preceded by four days of vehicle exhibition and qualifying events that created great crowds and excitement. The eight 50 km (31 mi) qualifying events started near the Bois de Boulogne and comprised interwoven routes around Paris to select the entrants for the main event which was 126 km (78 mi).

The first driver across the finishing line at Rouen was “le Comte de Dion” but he did not win the main prize because his steam vehicle needed a ‘stoker’ and was thus ineligible. The fastest petrol powered car was a 3 hp (2.2 kW; 3.0 PS) Peugeot driven by Albert Lemaître. The premier prize, the 5,000 franc Prix du Petit Journal, for ‘the competitor whose car comes closest to the ideal’ was shared equally by manufacturers Panhard et Levassor and Les fils de Peugeot frères (“The sons of Peugeot brothers”), with vehicles that were ‘easy to use’.