1809 – The Battle of Wagram concludes 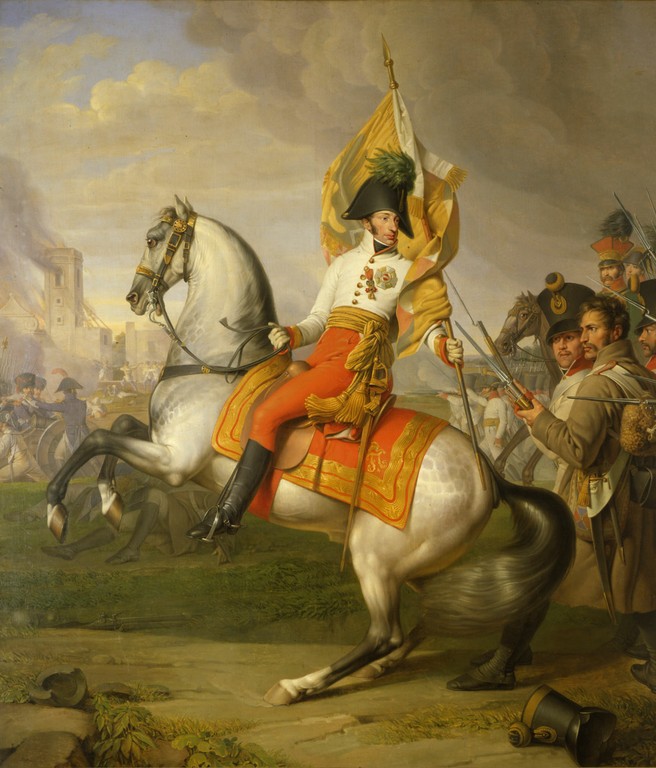 After holding Napoleon on the first day of the battle, Archduke Charles goes over to the offensive.

Charles launches a series of attacks along the entire battle line, seeking to take the opposing army in a double envelopment. The offensive failed against the French right but nearly broke Napoleon’s left. However, the Emperor countered by launching a cavalry charge, which temporarily halted the Austrian advance. He then redeployed a Corps to stabilise his left, while setting up a grand battery, which pounded the Austrian right and centre. The tide of battle turned and the Emperor launched an offensive along the entire line, while Maréchal Louis-Nicolas Davout drove an offensive, which turned the Austrian left, and rendered Charles’s position untenable. Towards mid-afternoon on 6 July, Charles admitted defeat and led a retreat, frustrating enemy attempts to pursue. After the battle, Charles remained in command of a cohesive force and decided to retreat to Bohemia. However, the Grande Armée eventually caught up with him and scored a victory at the Battle of Znaim. With the battle still raging, Charles decided to ask for an armistice, effectively ending the war.

The two-day battle of Wagram was particularly bloody, mainly due to the extensive use of artillery on a flat battlefield packed with some 300,000 men. Although Napoleon was the uncontested winner, he failed to secure a complete victory and the Austrian casualties were only slightly greater than those of the French and allies. Nonetheless, the defeat was serious enough to shatter the morale of the Austrians, who could no longer find the will to continue the struggle. The resulting Treaty of Schönbrunn meant the loss of one sixth of the Austrian Empire’s subjects, along with some territories.