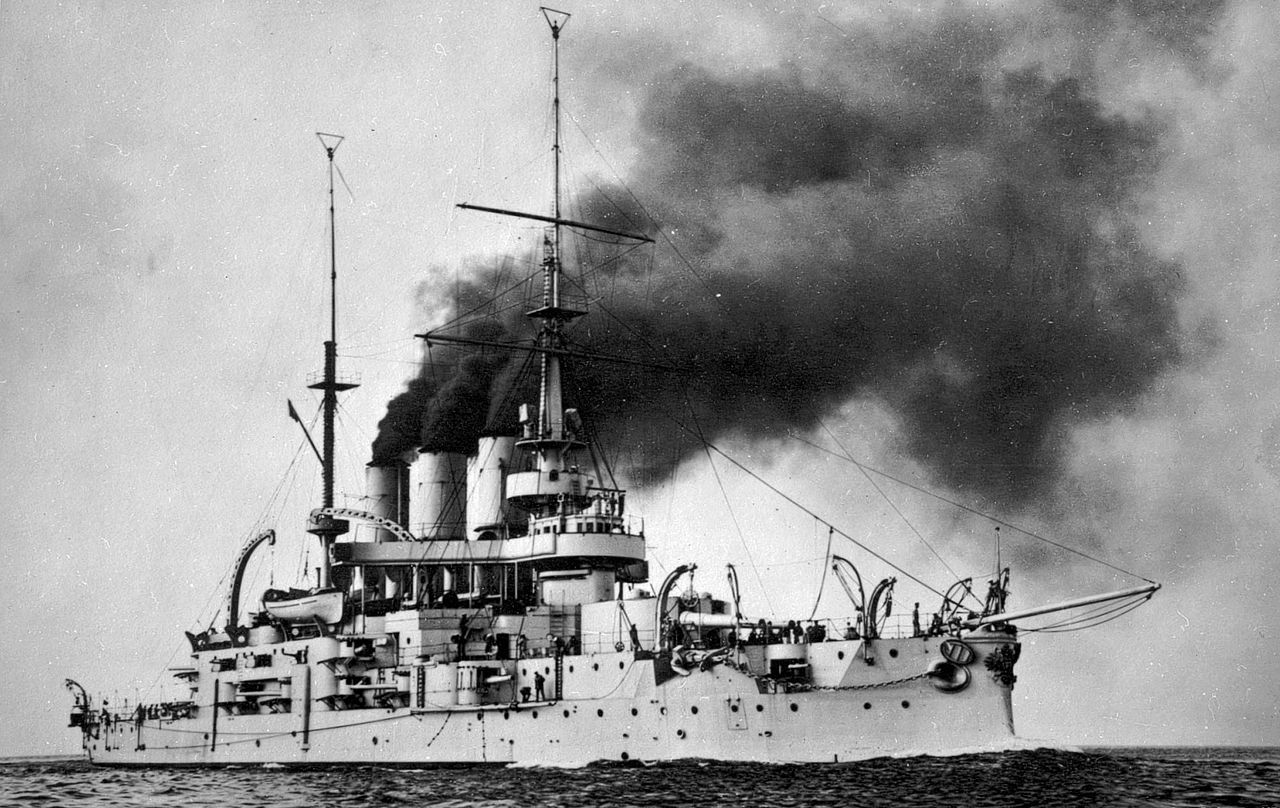 During the Russo-Japanese War, sailors start a mutiny aboard the Russian battleship Potemkin.

The Russian battleship Potemkin was a pre-dreadnought battleship built for the Imperial Russian Navy’s Black Sea Fleet. By 1905 many of the Black Sea Fleet’s most experienced officers and enlisted men were transferred to the ships in the Pacific to replace losses. This left the fleet with primarily raw recruits and less capable officers. With the news of the disastrous Battle of Tsushima in May morale dropped to an all-time low, and any minor incident could be enough to spark a major catastrophe.Thus she became famous when the crew rebelled against the officers in June (during that year’s revolution), now viewed as a first step towards the Russian Revolution of 1917. The mutiny later formed the basis of Sergei Eisenstein’s 1925 silent propaganda film The Battleship Potemkin.