457 – Majorian is acclaimed emperor by the Roman army 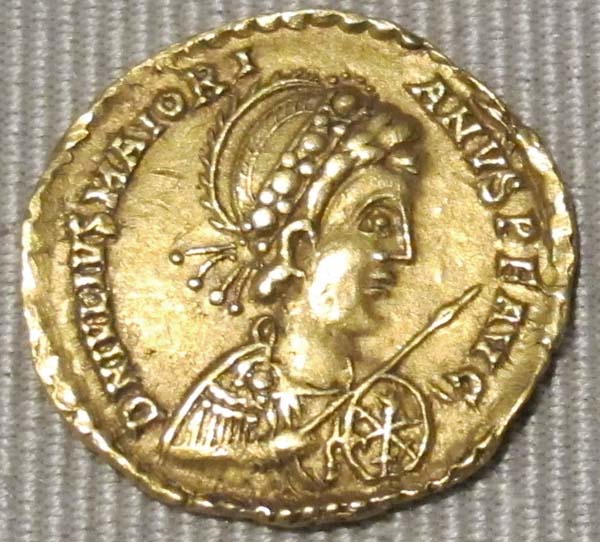 A prominent general of the Late Roman army, Majorian deposed Emperor Avitus in 457 and succeeded him. Majorian was one of the last emperors to make a concerted effort to restore the Western Roman Empire. Possessing little more than Italy, Dalmatia, and some territory in northern Gaul, Majorian campaigned rigorously for three years against the Empire’s enemies.

Majorian was the last of the Western Roman Emperors who was able to try to recover the Western Empire on its own forces. His successors until the fall of the Empire, in 476/480, were actually instruments in the hands of their barbarian generals, or emperors chosen and controlled by the Eastern Roman court.

After defeating a Vandal attack on Italy, Majorian launched a campaign against the Visigothic Kingdom in southern Gaul. Defeating king Theodoric II at the Battle of Arelate, Majorian forced the Goths to abandon their possessions in Septimania and Hispania and return to federate status immediately. Majorian then attacked the Burgundian Kingdom, defeating them at the Siege of Lugdunum, expelling them from the Rhone valley and reducing them to federate status. 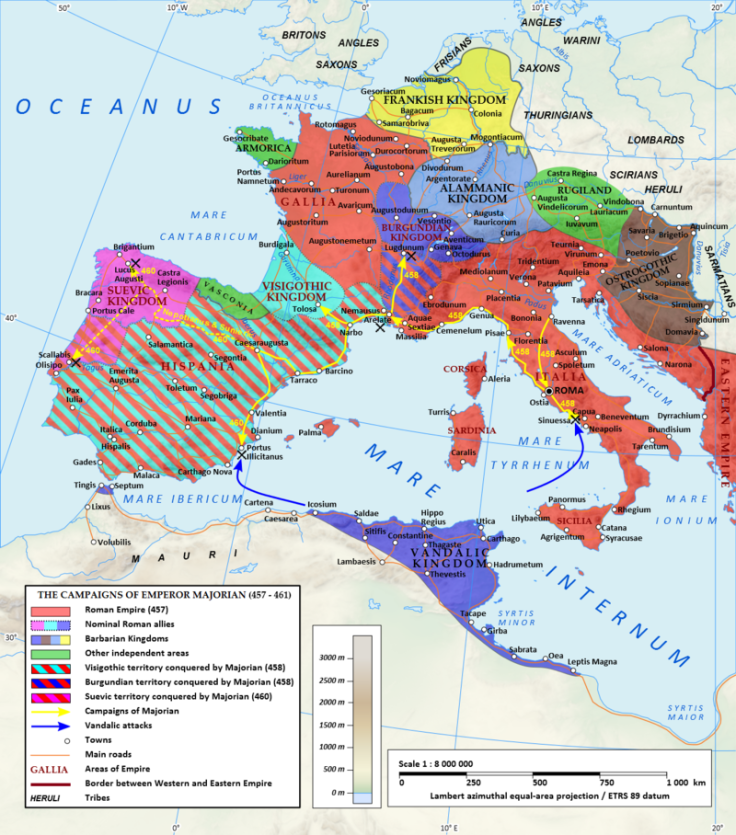 In 460, Majorian left Gaul to consolidate his hold on Hispania. His generals launched a campaign against the Suebic Kingdom in northwest Hispania, defeating them at the battles of Lucus Augusti and Scallabis and reducing them to federate status as well. His fleet for his campaign to restore Africa to the empire from the Vandals was destroyed due to treachery. He also sought to reform the imperial administration in order to make it more efficient and just. The powerful general Ricimer deposed and killed Majorian, who had become unpopular with the senatorial aristocracy because of his reforms.

According to historian Edward Gibbon, Majorian;

“presents the welcome discovery of a great and heroic character, such as sometimes arise, in a degenerate age, to vindicate the honour of the human species”.