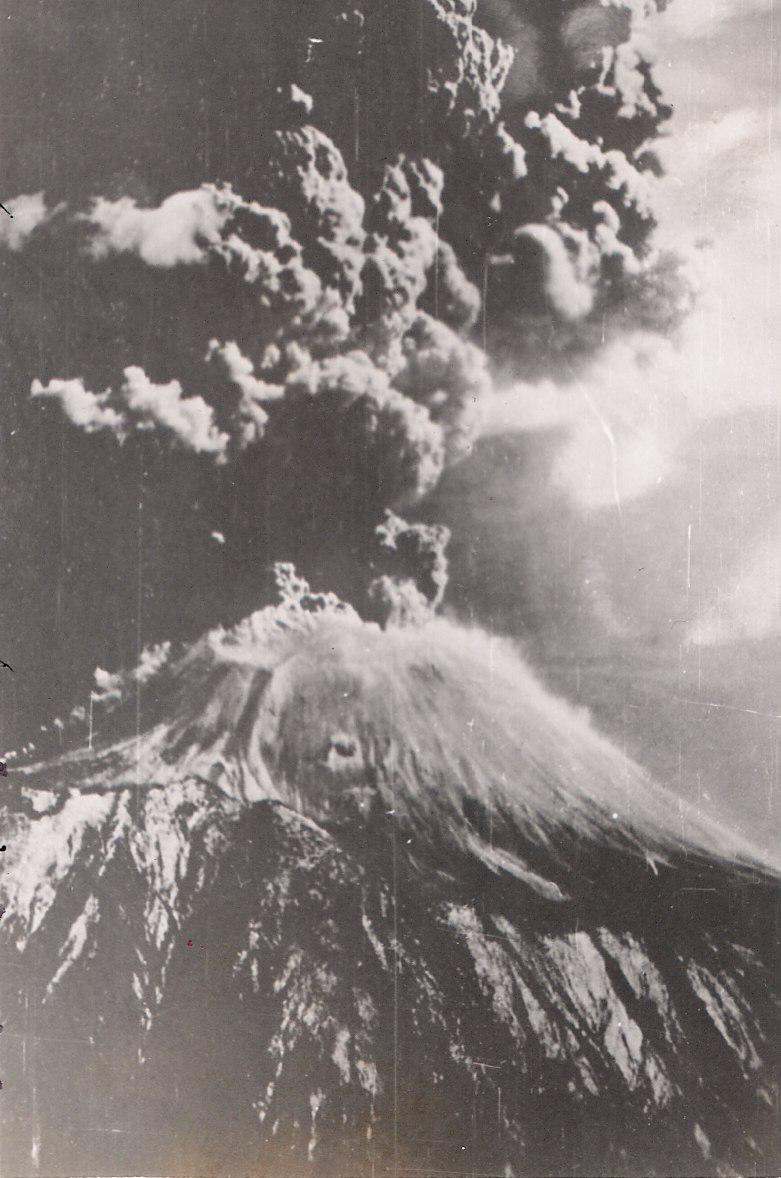 Mount Vesuvius is a stratovolcano in the Gulf of Naples, Italy, about 9 km (5.6 mi) east of Naples and a short distance from the shore. It is one of several volcanoes which form the Campanian volcanic arc. Vesuvius consists of a large cone partially encircled by the steep rim of a summit caldera caused by the collapse of an earlier and originally much higher structure.

The last major eruption was in March 1944. It destroyed the villages of San Sebastiano al Vesuvio, Massa di Somma, Ottaviano, and part of San Giorgio a Cremano. From March 18 to 23, 1944, lava flows appeared within the rim. There were outflows. Small explosions then occurred until the major explosion took place on March 18, 1944.

At the time of the eruption, the United States Army Air Forces (USAAF) 340th Bombardment Group was based at Pompeii Airfield near Terzigno, Italy, just a few kilometers from the eastern base of the mountain. The tephra and hot ash damaged the fabric control surfaces, the engines, the Plexiglas windshields and the gun turrets of the 340th’s B-25 Mitchell medium bombers. Estimates ranged from 78 to 88 aircraft destroyed.

The eruption could be seen from Naples. Different perspectives and the damage caused to the local villages were recorded by USAAF photographers and other personnel based nearer to the volcano. 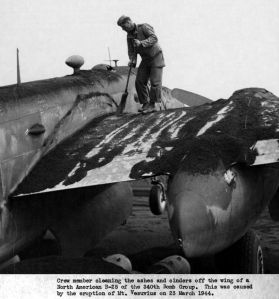