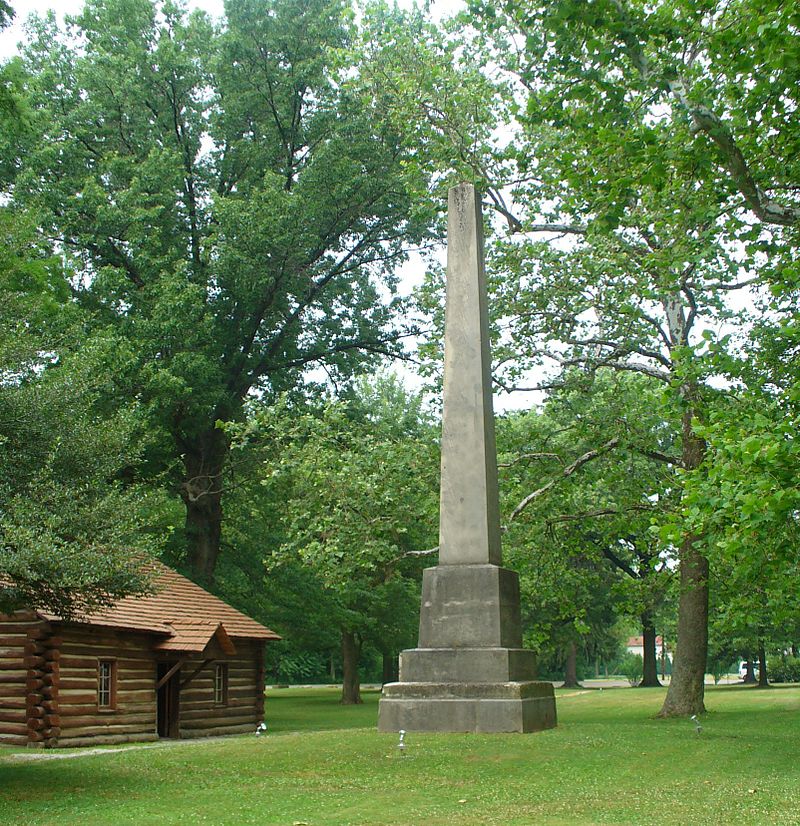 The Gnadenhutten massacre, was the killing of 96 Christian Lenape (Delaware) by colonial American militia from Pennsylvania on this day in 1782 at the Moravian missionary village of Gnadenhutten, Ohio during the American Revolutionary War.

In September 1781, British-allied Indians, primarily Wyandot and Lenape, forced the Christian Indians and missionaries from the Moravian villages. They took them northwest toward Lake Erie to a new village, called “Captive Town”, on the Sandusky River.

The Indians at Captive Town were going hungry because of insufficient rations. In February 1782, more than 100 returned to their old Moravian villages to harvest the crops and collect stored food they had been forced to leave behind. The frontier war was still raging. In early March 1782, the Lenape were surprised by a raiding party of 160 Pennsylvania militia led by Lieutenant Colonel David Williamson. The militia rounded up the Christian Lenape and accused them of taking part in raids into Pennsylvania. Although the Lenape denied the charges, the militia held a council and voted to kill them. Refusing to take part, some militiamen left the area. One of those who opposed the killing of the Moravian Lenape was Obadiah Holmes, Jr. He wrote,

“one Nathan Rollins & brother [who] had had a father & uncle killed took the lead in murdering the Indians, …& Nathan Rollins had tomahawked nineteen of the poor Moravians, & after it was over he sat down & cried, & said it was no satisfaction for the loss of his father & uncle after all”.

After the Lenape were told of the militia’s vote, they requested time to prepare for death and spent the night praying and singing hymns. They were held in two buildings, one for men and one for women and children.

The next morning on 8 March, the militia brought the Lenape to one of two “killing houses”, one for men and the other for women and children. The militia tied the Indians, stunned them with mallet blows to the head, and killed them with fatal scalping cuts. In all, the militia murdered and scalped 28 men, 29 women, and 39 children. Two Indian boys, one of whom had been scalped, survived to tell of the massacre. The bodies were piled in the mission buildings and the village was burned down. They also burned the other abandoned Moravian villages.

The militia looted the villages prior to their burning. The plunder, which needed 80 horses to carry included everything which the people had held: furs for trade, pewter, tea sets, and clothing, A few years later, missionary John Heckewelder collected the remains of the Lenape and buried them in a mound on the southern side of the village.