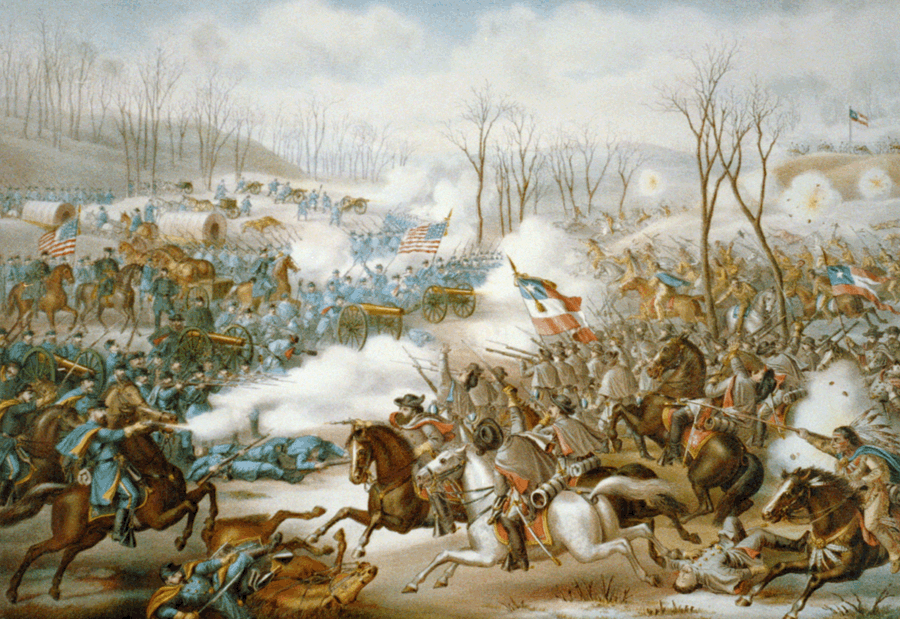 The Battle of Pea Ridge was a land battle of the American Civil War. It was fought 6-8 March 1862, at Pea Ridge in northwest Arkansas, near Leetown.

United States forces, led by Brig. Gen. Samuel Curtis, moved south from central Missouri, driving Confederate forces into northwestern Arkansas. Maj. Gen. Earl Van Dorn launched a Confederate counter-offensive, hoping to recapture northern Arkansas and Missouri. Curtis held off the Confederate attack on the first day and drove Van Dorn’s force off the field on the second. The battle, one of the few in which a Confederate army outnumbered its opponent, essentially established Federal control of Missouri and northern Arkansas.