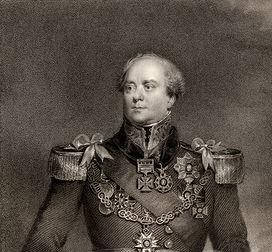 The Treaty of Yandabo was the peace treaty that ended the First Anglo-Burmese War. The treaty was signed on this day in 1826, nearly two years after the war formally broke out on 5 March 1824, by General Sir Archibald Campbell on the British side, and the Governor of Legaing Maha Min Hla Kyaw Htin from the Burmese side. With the British army at Yandabo village, only 80 km (50 mi) from the capital Ava, the Burmese were forced to accept the British terms without discussion.

The treaty ended the longest and most expensive war in British Indian history. Fifteen thousand European and Indian soldiers died, together with an unknown (but almost certainly higher) number of Burmese. The campaign cost the British five million pounds sterling (roughly 18.5 billion in 2006 dollars) to 13 million pounds sterling; this expenditure led to a severe economic crisis in British India in 1833.

For the Burmese, it was to be the beginning of the end of their independence. The Third Burmese Empire, briefly the terror of British India, was effectively undone, crippled and no longer a threat to the eastern frontier of British India. The Burmese would be crushed for years to come by repaying the huge indemnity of one million pounds (then US$5 million), a large sum even in Europe at that time. The British would wage two more wars against the much weaker Burmese, and swallow up the entire country by 1885.