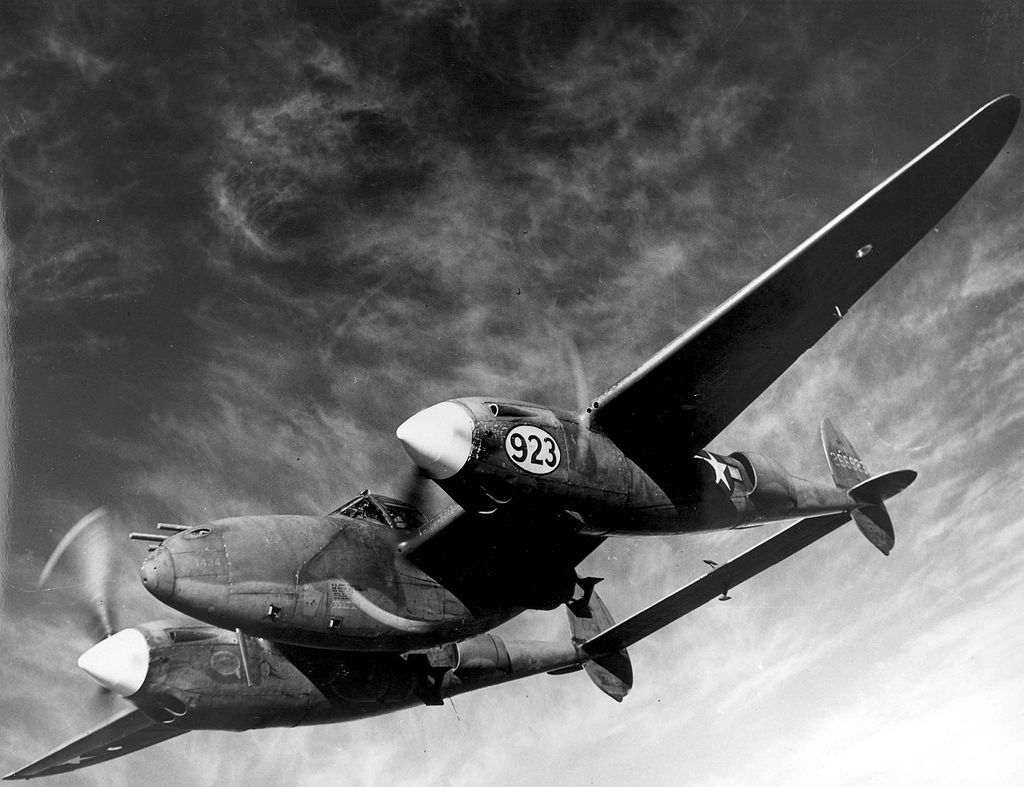 The Lockheed P-38 Lightning was a World War II American propeller driven fighter aircraft. Developed to a United States Army Air Corps requirement, the P-38 had distinctive twin booms and a single, central nacelle containing the cockpit and armament. The P-38 was used in a number of roles, including interception, dive bombing, level bombing, ground-attack, night fighting, photo reconnaissance, radar and visual pathfinding for bombers, and evacuation missions, and extensively as a long-range escort fighter when equipped with drop tanks under its wings.

Lockheed designed the P-38 in response to a February 1937 specification from the United States Army Air Corps. Circular Proposal X-608 was a set of aircraft performance goals authored by First Lieutenants Benjamin S. Kelsey and Gordon P. Saville for a twin-engine, high-altitude “interceptor” having “the tactical mission of interception and attack of hostile aircraft at high altitude.” In 1977, Kelsey recalled he and Saville drew up the specification using the word interceptor as a way to bypass the inflexible Army Air Corps requirement for pursuit aircraft to carry no more than 500 lb (227 kg) of armament including ammunition, as well as the restriction of single-seat aircraft to one engine. Kelsey was looking for a minimum of 1,000 lb (454 kg) of armament. Kelsey and Saville aimed to get a more capable fighter, better at dog-fighting and at high-altitude combat. Specifications called for a maximum airspeed of at least 360 mph (580 km/h) at altitude, and a climb to 20,000 ft (6,100 m) within six minutes, the toughest set of specifications USAAC had ever presented.