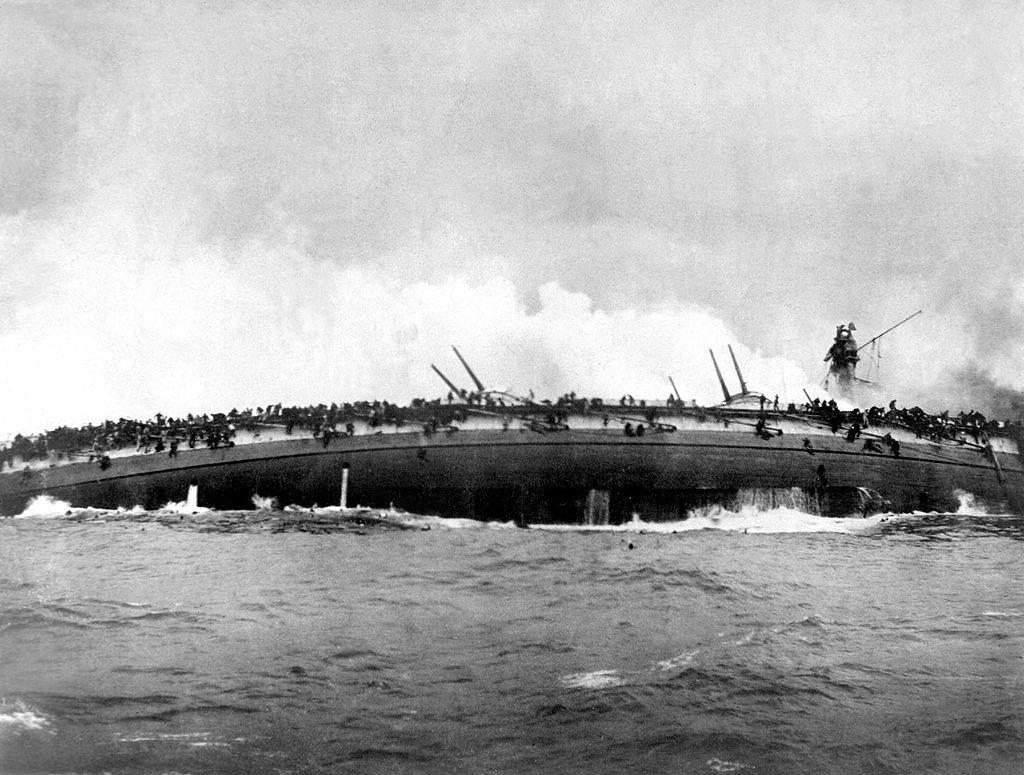 The Battle of Dogger Bank was a naval battle fought near the Dogger Bank in the North Sea on this day in 1915, during the First World War, between squadrons of the British Grand Fleet and the German High Seas Fleet.

Decoded radio intercepts had given the British advance knowledge that a German raiding squadron was heading for Dogger Bank, so they dispatched their own naval forces to intercept it. The British found the Germans at the expected time and place; surprised, the smaller and slower German squadron fled for home. During a stern chase lasting several hours, the British slowly caught up with the Germans and engaged them with long-range gunfire. The British disabled SMS Blücher, the rear German ship, but the Germans put the British flagship HMS Lion out of action with heavy damage. Due to a signalling mix up, the remaining British ships broke off pursuit of the fleeing enemy force to sink Blücher. By the time this had been done, the German squadron had escaped; all the remaining German vessels returned safely to harbour, though some had heavy damage requiring extended repairs.

Lion made it back to port but was out of action for several months. Since the British lost no ships and suffered few casualties, while the Germans lost a ship and most of its crew, the action was considered a British victory. Both Britain and Germany soon replaced commanders who were thought to have shown poor judgement, and both navies made some changes to equipment and procedures in response to problems identified during the battle.