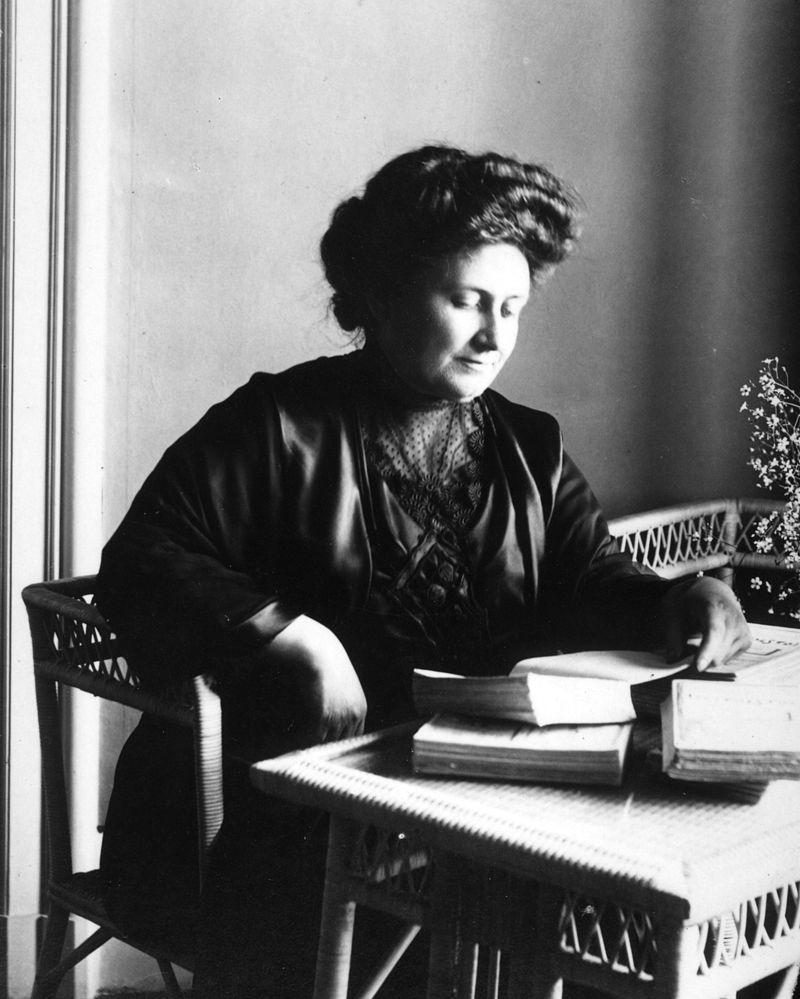 Maria Tecla Artemisia Montessori (31 August, 1870 – 6 May, 1952) was an Italian physician and educator best known for the philosophy of education that bears her name, and her writing on scientific pedagogy. Her educational method is in use today in some public and private schools throughout the world.

In 1906 Montessori was invited to oversee the care and education of a group of children of working parents in a new apartment building for low-income families in the San Lorenzo district in Rome. Montessori was interested in applying her work and methods to mentally normal children, and she accepted. The name Casa dei Bambini, or Children’s House, was suggested to Montessori, and the first Casa opened on 6 January, 1907, enrolling 50 or 60 children between the ages of two or three and six or seven.

At first, the classroom was equipped with a teacher’s table and blackboard, a stove, small chairs, armchairs, and group tables for the children, and a locked cabinet for the materials that Montessori had developed at the Orthophrenic School. Activities for the children included personal care such as dressing and undressing, care of the environment such as dusting and sweeping, and caring for the garden. The children were also shown the use of the materials Montessori had developed. Montessori herself, occupied with teaching, research, and other professional activities, oversaw and observed the classroom work, but did not teach the children directly. Day-to-day teaching and care were provided, under Montessori’s guidance, by the building porter’s daughter.

In this first classroom, Montessori observed behaviors in these young children which formed the foundation of her educational method. She noted episodes of deep attention and concentration, multiple repetitions of activity, and a sensitivity to order in the environment. Given free choice of activity, the children showed more interest in practical activities and Montessori’s materials than in toys provided for them, and were surprisingly unmotivated by sweets and other rewards. Over time, she saw a spontaneous self-discipline emerge.