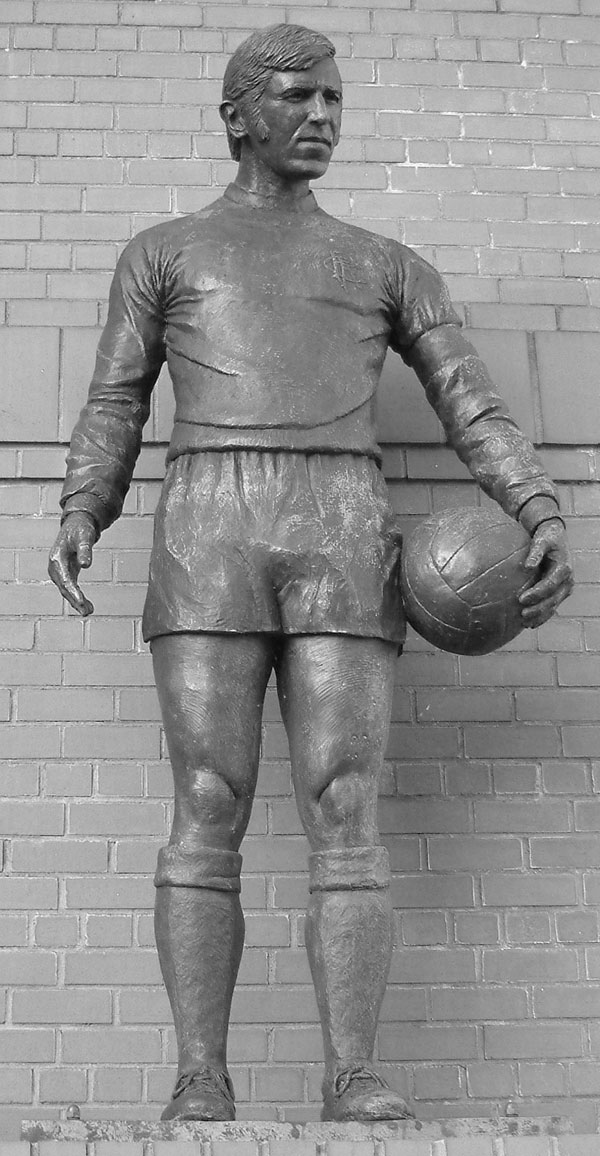 The 1971 Ibrox disaster was a crush among the crowd at an Old Firm football game, which led to 66 deaths and more than 200 injuries. It happened on this day in 1971 in an exit stairway at Ibrox Park (now Ibrox Stadium) in Glasgow, Scotland. It was the worst British football disaster until the Hillsborough disaster in Sheffield, England, in 1989.

The first disaster at Ibrox occurred during a 1902 home international match between Scotland and England. The back of the wooden West Tribune Stand collapsed due to heavy rainfall the previous night, causing 25 deaths and 517 injuries.

During 1963, concerns were raised about the safety of the stairway adjacent to passageway 13 (colloquially known as Stairway 13), the exit closest to Copland Road subway station. On 16 September 1961 two people were killed in a crush on the stairway, and there were two other incidents – in 1967 and 1969 – where several people were injured. Rangers had by then spent a total of £150,000 on improvements to Ibrox, a very significant sum of money for the time.

The disaster occurred on Saturday, 2 January 1971, when 66 people were killed in a crush, as supporters tried to leave the stadium. The match was an Old Firm game (Rangers v Celtic) and was attended by more than 80,000 fans. In the 90th minute, Celtic took a 1–0 lead and some Rangers supporters started to leave the stadium. However, in the final moments of the match, Colin Stein scored an equaliser for Rangers.

As thousands of spectators were leaving the ground by stairway 13, it appears that someone, possibly a child being carried on his father’s shoulders, fell, causing a massive chain-reaction pile-up of people.

The tragic loss included many children – five of them schoolmates from the town of Markinch in Fife. The youngest child to die was Nigel Patrick Pickup of Liverpool, age 8. Most of the deaths were caused by compressive asphyxia, with bodies being stacked up to six feet deep in the area. More than 200 other fans were injured.

Initially there was speculation that some fans left the ground slightly early when Celtic scored, but then turned back when they heard the crowd cheering when Stein scored the equaliser, colliding with fans leaving the ground when the match ended. The official inquiry into the disaster indicated that there was no truth in this hypothesis, however, as all the spectators were heading in the same direction at the time of the collapse.