1900 – The Hopetoun Blunder: the first Prime minister of Australia 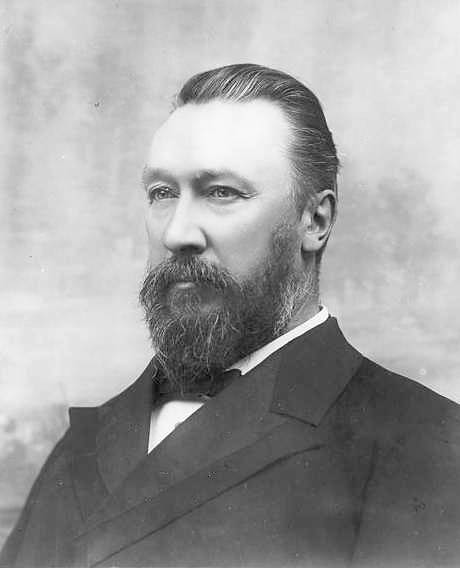 The Hopetoun Blunder was a political event immediately prior to the Federation of the British colonies in Australia.

Federation was scheduled to occur on 1 January 1901, but since the general election for the first Parliament of Australia was not to be held until March of that year, it was not possible to follow the conventions of the Westminster system and appoint the leader of the majority in the House of Representatives as Prime Minister. Instead, an interim government would be appointed, holding office from 1 January until the result of the election was known.

The first Governor-General of Australia was John Hope, 7th Earl of Hopetoun. His initial task on arriving in Australia on 15 December 1900 was to appoint a Prime Minister to lead the interim government. It appears that Hopetoun had little knowledge of the Australian political scene and had no formal instructions from the Colonial Office. On 19 December, following the precedent of the Canadian Confederation, Hopetoun commissioned the premier of the most populous colony to form a government. That state was New South Wales, and its premier was Sir William Lyne.

This was an unfortunate choice as Lyne had become premier in September 1899 only after the government of the more popular and experienced George Reid had lost its majority in the New South Wales Legislative Assembly. Lyne supported federation only at the last minute after long being a strong opponent and, as a result, he was unpopular with other leading colonial, pro-federation politicians including Edmund Barton and Alfred Deakin. The Bulletin summed up many people’s view when it editorialised, “Among the men who can claim by merit or accident, to be front-rank politicians of Australia, Lyne stands out conspicuously as almost the dullest and most ordinary”.

Despite significant efforts, Lyne was unable to persuade other colonial politicians to join his government and was forced to return his commission to Hopetoun. Alfred Deakin, amongst others, then persuaded Hopetoun to appoint Edmund Barton as Prime Minister. Barton was successful in forming a government, which took office on 1 January 1901. He appointed Lyne as his Minister for Home Affairs in what many saw as a gesture of reconciliation.

Hopetoun’s error in calling on Lyne to form a government became known as the “Hopetoun Blunder”, and it marked the beginning of what many historians consider to be his unsuccessful term as Governor-General.

2 thoughts on “1900 – The Hopetoun Blunder: the first Prime minister of Australia”