1755 – The second Eddystone Lighthouse is destroyed by fire 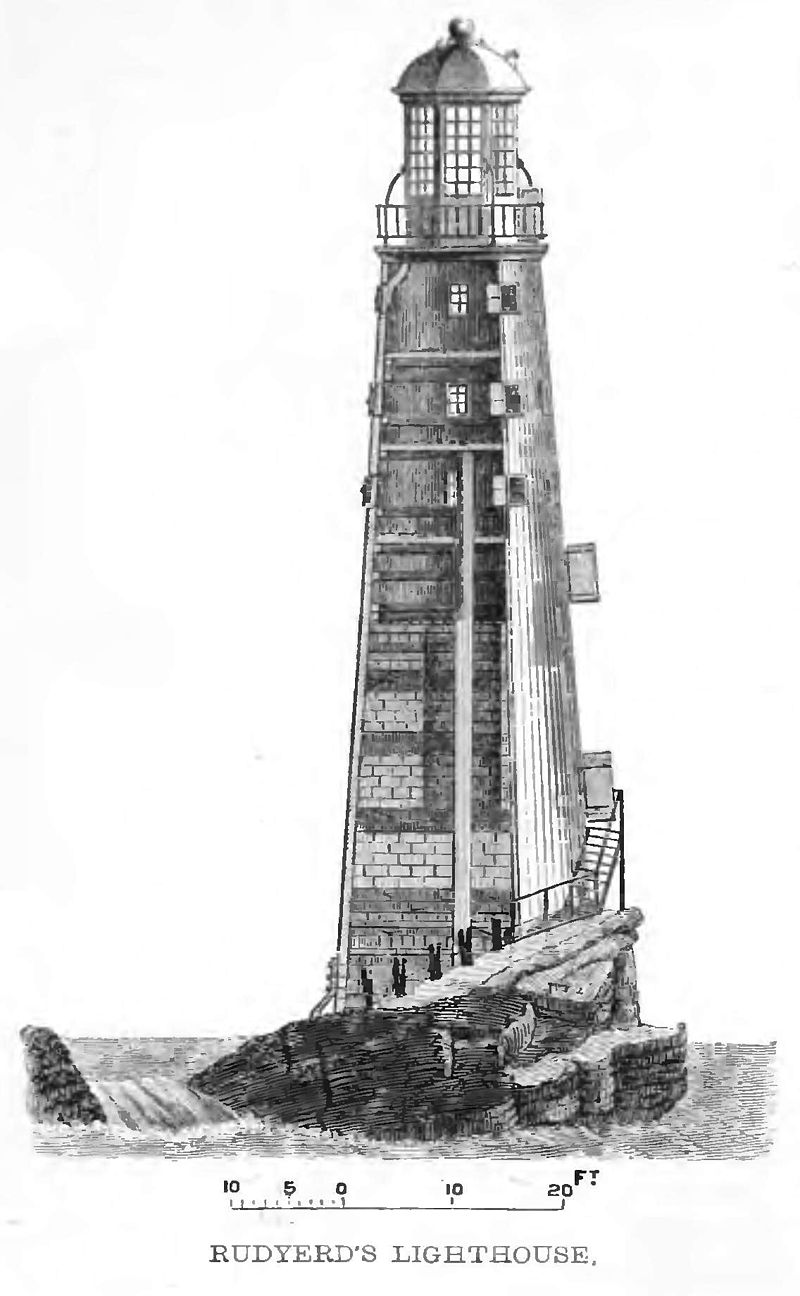 The Eddystone Lighthouse is on the dangerous Eddystone Rocks, 9 statute miles (14 km) south of Rame Head, England, United Kingdom. While Rame Head is in Cornwall, the rocks are in Devon.

The current structure is the fourth to be built on the site. The first and second (second known as Rudyerd’s Lighthouse) were destroyed by storm and fire. The third, also known as Smeaton’s Tower, is the best known because of its influence on lighthouse design and its importance in the development of concrete for building. Its upper portions have been re-erected in Plymouth as a monument.