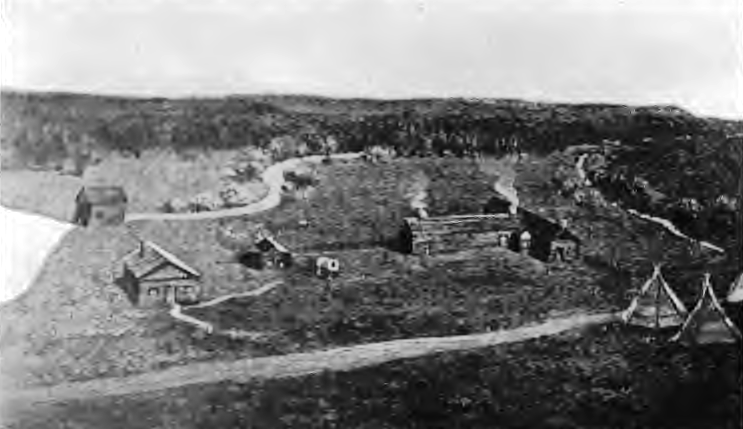 The Whitman massacre was the murder of Oregon missionaries Marcus Whitman and his wife Narcissa, along with eleven others, on this day in 1847. They were killed by a party of Cayuse Native Americans who accused him of having poisoned 200 Cayuse in his medical care. The incident began the Cayuse War.

It took place in present-day southeastern Washington state, near the town of Walla Walla, and was one of the most notorious episodes in the U.S. settlement of the Pacific Northwest. The event was the climax of several years of complex interaction between Marcus, who had helped lead the first wagon train to cross Oregon’s Blue Mountains and reach the Columbia River via the Oregon Trail, his wife and fellow missionary Narcissa, and the local Native Americans. The story of the massacre shocked the United States Congress into action concerning the future territorial status of the Oregon Country. The Oregon Territory was finally established on 14 Aug, 1848.

The killings are usually ascribed in part to a clash of cultures and in part to the inability of Marcus, a physician, to halt the spread of measles among the Native Americans, who then held Whitman responsible for subsequent deaths. The incident remains controversial to this day: the Whitmans are regarded by some as pioneer heroes; others see them as white settlers who attempted to impose their religion on the Native Americans and otherwise unjustly intrude, even allegedly poisoning the natives.