1922 – Howard Carter and Lord Carnarvon enter the tomb of Tutankhamun 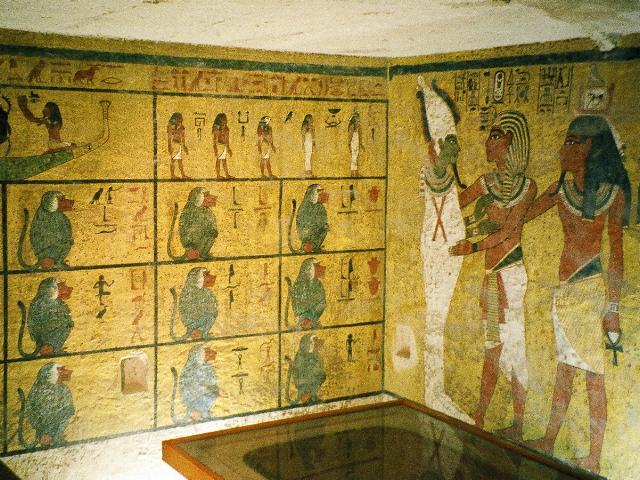 Howard Carter and Lord Carnarvon become the first people to enter the tomb of Pharaoh Tutankhamun in over 3000 years.

In 1907 Carter was employed by Lord Carnarvon to supervise Carnarvon’s Egyptian excavations in the Valley of the Kings. The intention of  was to ensure that Howard Carter imposed modern archaeological methods and systems of recording.

Carnarvon financed Carter’s work in the Valley of the Kings to 1914, but until 1917 excavations and study were interrupted by the First World War. Following the end of the First World War, Carter aggressively resumed his work. After several years of finding little, Lord Carnarvon became dissatisfied with the lack of results, and in 1922 informed Carter that he had one more season of funding to search the Valley of the Kings and find the tomb.

On 4 November 1922, Howard Carter’s excavation group found steps which Carter hoped led to Tutankhamun’s tomb (subsequently designated KV62) (the tomb that would be considered the best preserved and most intact pharaonic tomb ever found in the Valley of the Kings).

He wired Lord Carnarvon to come, and on this day in 1922, with Carnarvon, Carnarvon’s daughter and others in attendance, Carter made the “tiny breach in the top left hand corner” of the doorway. He was able to peer in by the light of a candle and see that many of the gold and ebony treasures were still in place. He did not yet know whether it was “a tomb or merely a cache”, but he did see a promising sealed doorway between two sentinel statues. When Carnarvon asked “Can you see anything?”, Carter replied with the famous words: “Yes, wonderful things!”

The next several months were spent cataloguing the contents of the antechamber under the “often stressful” supervision of Pierre Lacau, director general of the Department of Antiquities of Egypt. On 16 February 1923, Carter opened the sealed doorway, and found that it did indeed lead to a burial chamber, and he got his first glimpse of the sarcophagus of Tutankhamun. All of these discoveries were eagerly covered by the world’s press, but most of their representatives were kept in their hotels; only H. V. Morton was allowed on the scene, and his vivid descriptions helped to cement Carter’s reputation with the British public.

Carter’s own notes and photographic evidence indicate that he, Lord Carnarvon and Lady Evelyn Herbert entered the burial chamber shortly after the tomb’s discovery and before the official opening.