Believed to have committed 17 murders as a hired gunman in the West, in 1902 Horn was convicted of the murder of 14-year-old Willie Nickell near Iron Mountain, Wyoming. The boy was the son of sheep rancher Kels Nickell, who had been involved in a range feud with neighbor and cattle rancher Jim Miller. On the day before his 43rd birthday, Horn was executed by hanging in Cheyenne, Wyoming.

While in jail he wrote his autobiography, Life of Tom Horn: Government Scout and Interpreter (1904), which was published posthumously. Numerous editions have been published of this book since the late 20th century, and debate continues as to whether he was guilty of Nickell’s murder. 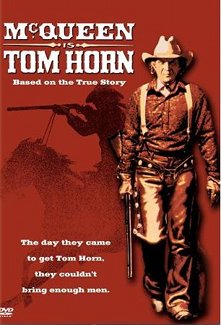