1967 – A day after being captured, Ernesto “Che” Guevara is executed 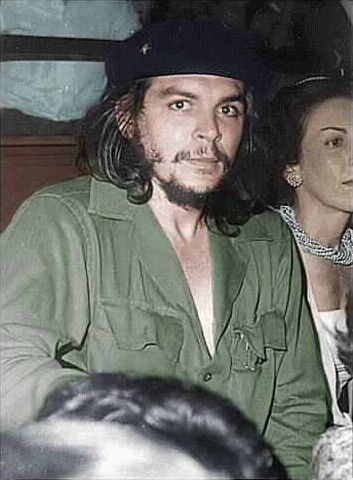 Guevara left Cuba in 1965 to foment revolution abroad, first unsuccessfully in Congo-Kinshasa and later in Bolivia, where he was captured by CIA-assisted Bolivian forces. Bolivian President Rene Barrientos ordered that Guevara be killed. The executioner who volunteered to kill Guevara was Mario Terán, an alcoholic 31-year-old sergeant in the Bolivian army who had personally requested to shoot Guevara because three of his friends from B Company, all with the same first name of “Mario”, had been killed in an earlier firefight with Guevara’s band of guerrillas.

When the time arrived, Sergeant Terán entered the hut where Guevara was held and immediately ordered the other soldiers out. Alone with Terán, Che Guevara then stood up and spoke to his executioner: “I know you’ve come to kill me. Shoot. Do it.” Terán responded by pointing his M1 Garand semi-automatic rifle at Guevara, but hesitated upon which Guevara angrily spat at Terán, his last words: “Shoot me, you coward! You are only going to kill a man!” Terán then opened fire, hitting Guevara in the arms and legs. For a few seconds, Guevara writhed on the ground, apparently biting one of his wrists to avoid crying out. Terán then fired several times again, wounding him fatally in the chest. Che Guevara was pronounced dead at 1:10 pm local time in all, Guevara was shot nine times by Terán. This included five times in his legs, once in the right shoulder and arm, once in the chest, and finally in the throat.