1399 – Henry of Bolingbroke is proclaimed King of England. 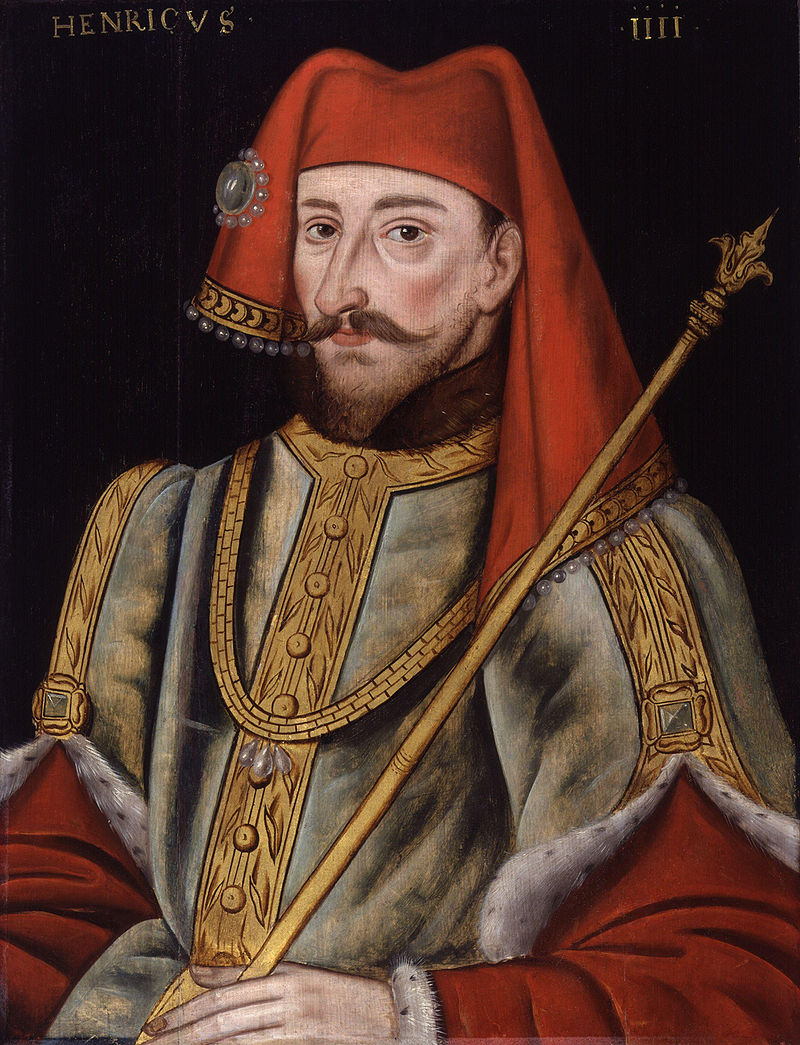 King Henry IV of England (15 April 1367 – 20 March 1413) ruled from 1399 to 1413 and asserted the claim of his grandfather, Edward III, to the Kingdom of France. He was born at Bolingbroke Castle in Lincolnshire, hence his other name, Henry of Bolingbroke.

His father, John of Gaunt, was the third son of Edward III, and enjoyed a position of considerable influence during much of the reign of Henry’s cousin Richard II, whom Henry eventually deposed. Henry’s mother was Blanche, heiress to the considerable Lancaster estates, and thus he became the first King of England from the Lancaster branch of the Plantagenets.

Henry experienced a more inconsistent relationship with King Richard II than his father had. First cousins and childhood playmates, they were admitted together to the Order of the Garter in 1377, but Henry participated in the Lords Appellants’ rebellion against the king in 1387. After regaining power, Richard did not punish Henry, although he did execute or exile many of the other rebellious barons. In fact, Richard elevated Henry from Earl of Derby to Duke of Hereford.

Henry spent the full year of 1390 supporting the unsuccessful siege of Vilnius (capital of the Grand Duchy of Lithuania) by Teutonic Knights with his 300 fellow knights. Henry’s second expedition to Lithuania in 1392 illustrates the financial benefits to the Order of these guest crusaders. His small army consisted of over 1000 men, including longbow archers and six minstrels, at a total cost to the Lancastrian purse of £4,360. Despite the efforts of Henry and his English crusaders, two years of attacks on Vilnius proved fruitless. In 1392–93 Henry undertook a pilgrimage to Jerusalem, where he made offerings at the Holy Sepulchre and at the Mount of Olives. Later he vowed to lead a crusade to ‘free Jerusalem from the infidel,’ but he died before this could be accomplished.

The relationship between Henry Bolingbroke and the king then met with a second crisis. In 1398, a remark by Bolingbroke regarding Richard II’s rule was interpreted as treason by Thomas de Mowbray, 1st Duke of Norfolk. The two dukes agreed to undergo a duel of honour (called by Richard II) at Gosford Green near Caludon Castle, Mowbray’s home in Coventry. Yet before the duel could take place, Richard II decided to banish Henry from the kingdom (with the approval of Henry’s father, John of Gaunt) to avoid further bloodshed. Mowbray himself was exiled for life.

When John of Gaunt died in 1399, without explanation, Richard cancelled the legal documents that would have allowed Henry to inherit Gaunt’s land automatically. Instead, Henry would be required to ask for the lands from Richard. After some hesitation, Henry met with the exiled Thomas Arundel, former Archbishop of Canterbury, who had lost his position because of his involvement with the Lords Appellant. Henry and Arundel returned to England while Richard was on a military campaign in Ireland. With Arundel as his advisor, Henry began a military campaign, confiscating land from those who opposed him and ordering his soldiers to destroy much of Cheshire (an important power base for Richard II). Henry quickly gained enough power and support to have himself declared King Henry IV, imprison King Richard and bypass Richard’s 7-year-old heir-presumptive, Edmund de Mortimer. Henry’s coronation, on 13 October 1399, may have marked the first time following the Norman Conquest when the monarch made an address in English.

Henry’s first major problem as monarch was what to do with the deposed Richard. After an early assassination plot (the Epiphany Rising) was foiled in January 1400, Richard conveniently died in prison, on the 14 February 1400 (a date attested by several chronicles), probably of starvation. He was 33 years old. Some chroniclers claimed that the despondent Richard had starved himself, which would not have been out of place with what is known of Richard’s character. Though Henry is often suspected of having his predecessor murdered, there is no substantial evidence to prove that claim. It can be claimed that he did not suffer a violent death, his skeleton, upon examination, bore no signs of violence; whether he did indeed starve himself or whether that starvation was forced upon him are matters for historical speculation. It must also be acknowledged that there were a number of ways to cause death without leaving signs of violence; poisons, suffocation or the dreaded ‘red hot poker’.

After his death, Richard’s body was put on public display in the old St Paul’s Cathedral to prove to his supporters that he was truly dead, though this did not stop rumours from circulating for years after that he was still alive and waiting to take back his throne. Henry had Richard discreetly buried in the Dominican Priory at King’s Langley, Hertfordshire, where he remained until King Henry V brought his body back to London and buried him in the tomb that Richard had commissioned for himself in Westminster Abbey.