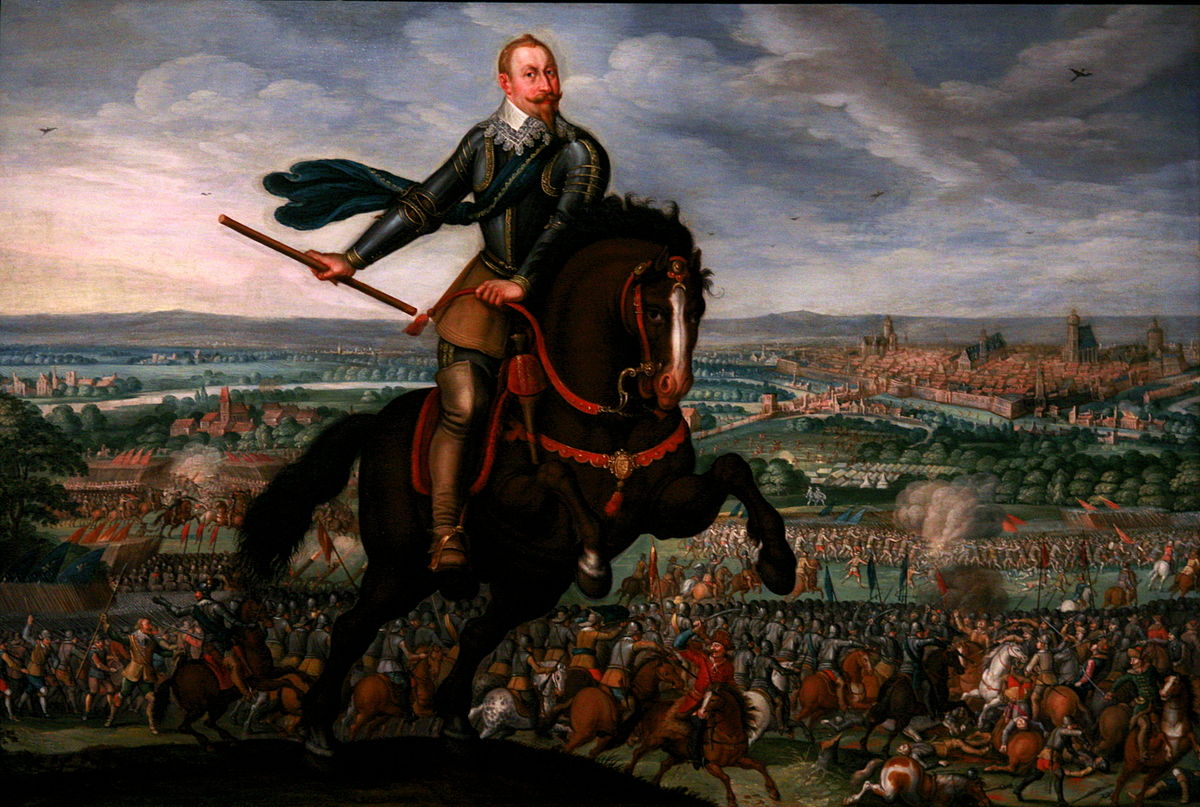 The Battle of Breitenfeld, was fought at a crossroads near Breitenfeld approximately five miles north-west of the walled city of Leipzig on this day in 1631. It was the Protestants’ first major victory of the Thirty Years War.

The battle started in the middle of the day and lasted over six hours. The first two hours consisted of an exchange of artillery fire. This was followed by an Imperial (Catholics) attack with cavalry from both wings to both ends of the Unionist (Protestants) line. The cavalry attack routed the Saxon troops on the Unionist left flank. The Imperial army then conducted a general attack to exploit the exposed left flank. The Swedes repositioned their second line to cover the left flank and counterattacked with their cavalry to both imperial flanks. The attack on the imperial left was led personally by the Swedish King, Gustavus Adolphus. It captured the imperial artillery and enveloped the imperial left flank. The Swedish now had much greater weight of fire from their artillery, infantry, and the captured imperial artillery. The imperial line became disorganized under the heavy fire and was enveloped. The imperial line collapsed and over 80% of the imperial forces were killed or captured. 120 standards of the Imperial and Bavarian armies were taken (and are still on display in the Riddarholm church in Stockholm); and Gustav’s innovations in military operations and tactics were confirmed.

The victory ensured that the German states would not be forcibly reconverted to Roman Catholicism. It confirmed Sweden’s Gustavus Adolphus of the House of Vasa as a great tactical leader and induced many Protestant German states to ally with Sweden against the German Catholic League, led by Maximilian I, Elector of Bavaria, and the Holy Roman Emperor Ferdinand II.