1982 – The Sabra and Shatila massacre begins 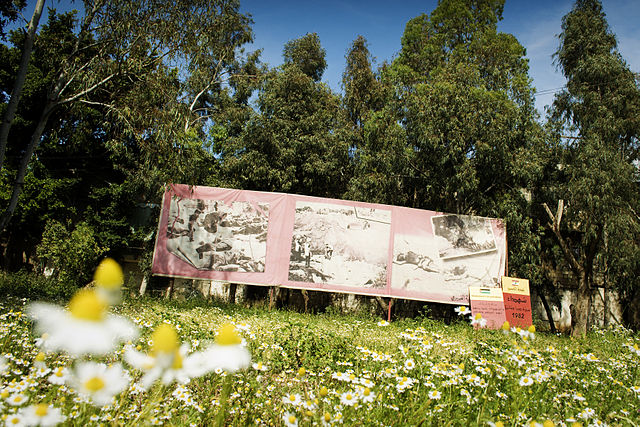 The Sabra and Shatila massacre was the killing of between 762 and 3,500 civilians, mostly Palestinians and Lebanese Shiites, in the Sabra neighborhood and the adjacent Shatila refugee camp in Beirut,Lebanon.

The massacre was undertaken by a militia close to the Kataeb Party, also called Phalange, a predominantly Christian Lebanese right-wing party.  It occurred from approximately 6:00 pm 16 September to 8:00 am 18 September 1982. The Phalanges, allies to the Israeli Defence Forces (IDF), were ordered by the IDF to clear PLO fighters out of Sabra and Shatila, as part of the IDF maneuvering into West Beirut. The IDF received reports of some of the Phalanges atrocities but failed to stop them.

In 1983, a commission chaired by Seán MacBride, the assistant to the UN Secretary General and President of United Nations General Assembly at the time, concluded that Israel, as the camp’s occupying power, bore responsibility for the violence.

In 1983, the Israeli Kahan Commission, appointed to investigate the incident, found that Israeli military personnel, aware that a massacre was in progress, had failed to take serious steps to stop it. The commission deemed Israel indirectly responsible, and Ariel Sharon, then Defence Minister, bore personal responsibility “for ignoring the danger of bloodshed and revenge”, forcing him to resign.