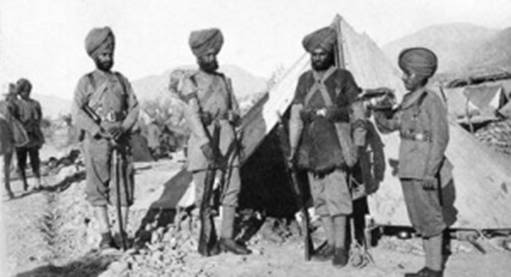 The Battle of Saragarhi was fought on this day in 1897 between a small contingent of Sikhs defending an army post, and 10,000 Afghan tribesmen. The battle occurred in the North-West Frontier Province, which formed part of British India.

The contingent of the twenty-one Sikhs was from the 36th Sikhs regiment and was led by Havildar Ishar Singh. They all chose to fight to the death. It is considered by some military historians as one of history’s great last-stands. Sikh military personnel and Sikh civilians commemorate the battle every year on 12 September, as Saragarhi Day, the battle was given the honour of a regimental holiday.