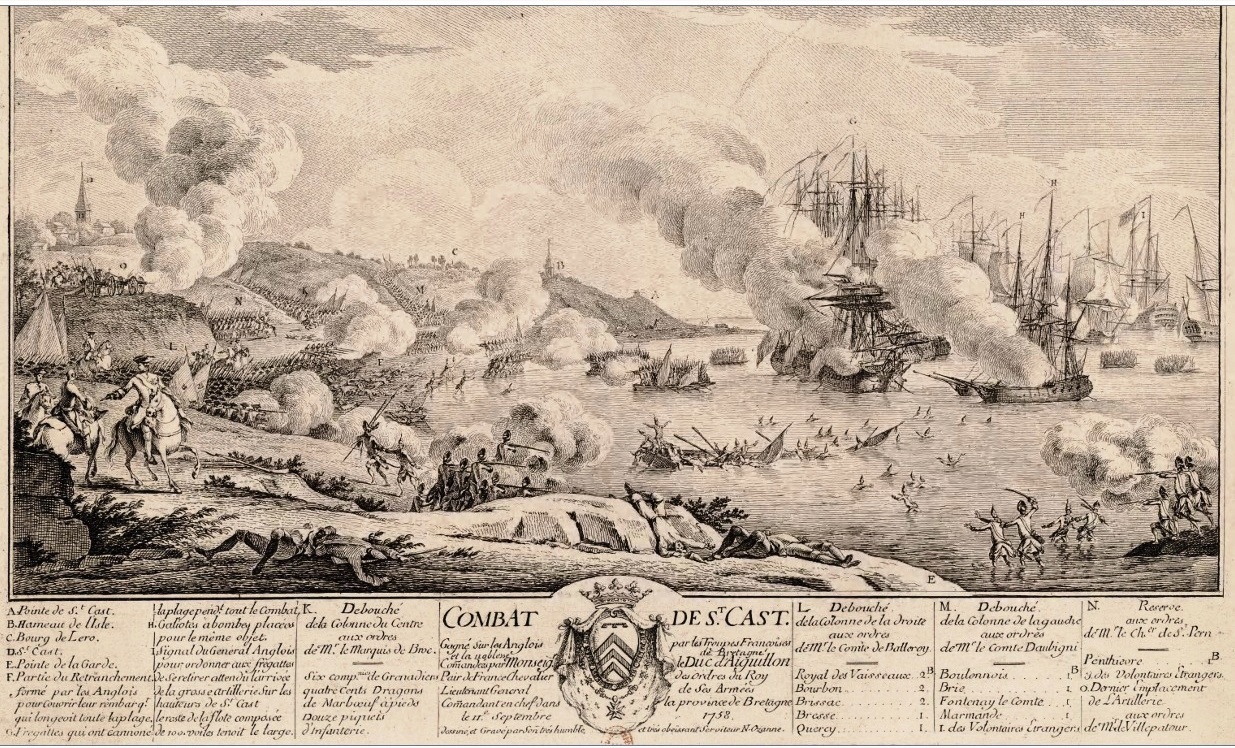 The Battle of Saint Cast was a military engagement during the Seven Years’ War on the French coast between British naval and land expeditionary forces and French coastal defence forces. Fought on this day in 1758, it was won by the French.

During the Seven Years’ War, Britain mounted numerous amphibious expeditions against France and French possessions around the world. In 1758 a number of expeditions, then called Descents, were made against the northern coast of France. The military objectives of the descents were to capture and destroy French ports, divert French land forces from Germany, suppress privateers and spread panic and confusion in France. The battle of Saint Cast was the final engagement of a descent in force that ended in disaster for the British.