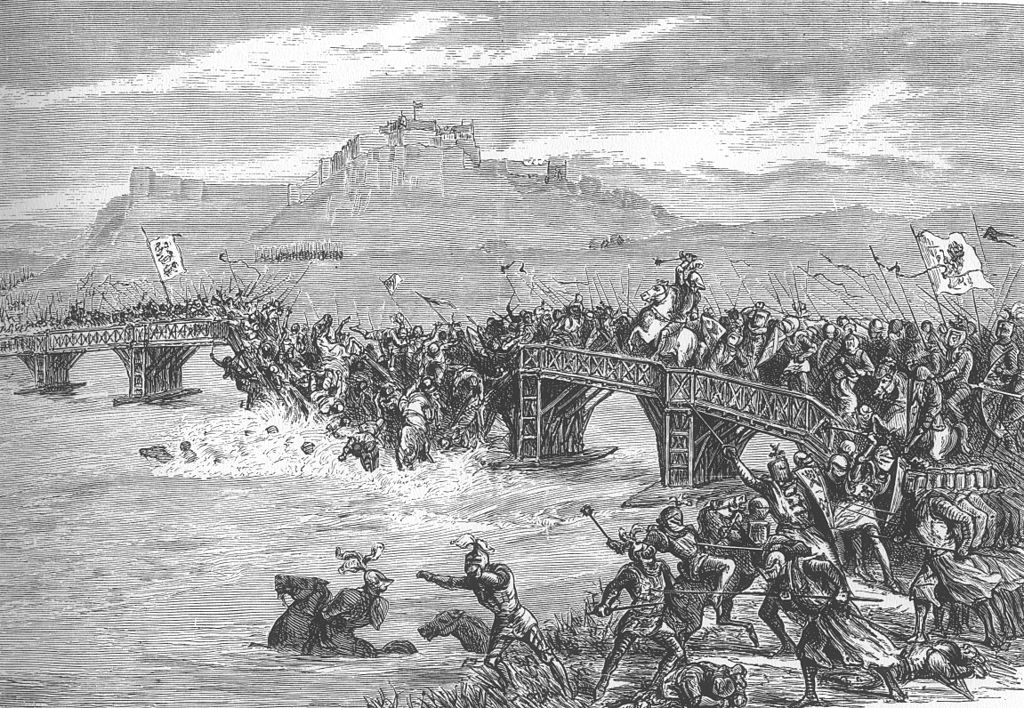 The Battle of Stirling Bridge was a battle on this day in 1297, the forces of Andrew Moray and William Wallace defeated the combined English forces of John de Warenne, 6th Earl of Surrey, and Hugh de Cressingham near Stirling, on the River Forth.

The Battle of Stirling Bridge was a shattering defeat for the English: it showed that under certain circumstances infantry could be superior to cavalry. It was to be some time, though, before this lesson was fully absorbed.

English losses in the battle were about 100 cavalry and 5,000 infantry killed. Scottish casualties in the battle are unrecorded, with the exception of Andrew Moray. He appears to have been injured in the battle and died of his injuries around November. Hugh de Cressingham’s body was reportedly subsequently flayed and the skin cut into small pieces for souvenirs of the victory. Wallace went on to lead a destructive raid into northern England which did little to advance the Scots objectives, however the raids frightened the English army and stalled their advance.