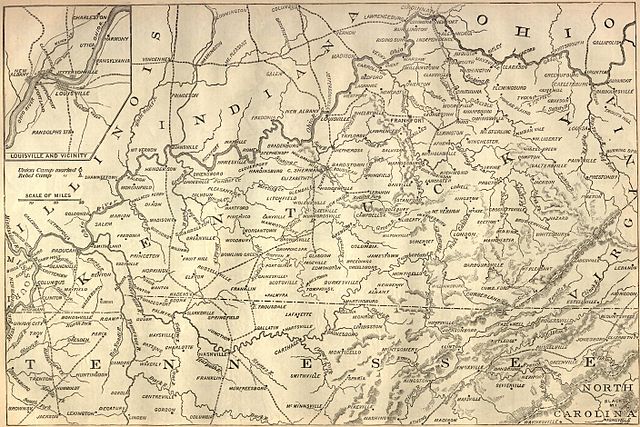 3 September – On this day

Kentucky was heavily divided prior to the war. In the summer of 1861, Kentucky issued a warning to both the Confederate and Union armies not to deploy forces in the state.

Union and Confederates alike recognized the folly of entering Kentucky, as it would tip the delicate political balance to the other side. Confederate General Polk committed a major political blunder on this day in 1861, by marching his troops into Columbus, Kentucky. This violation of Kentucky’s avowed neutrality leads the state to invite the U.S. government to drive the invaders away.